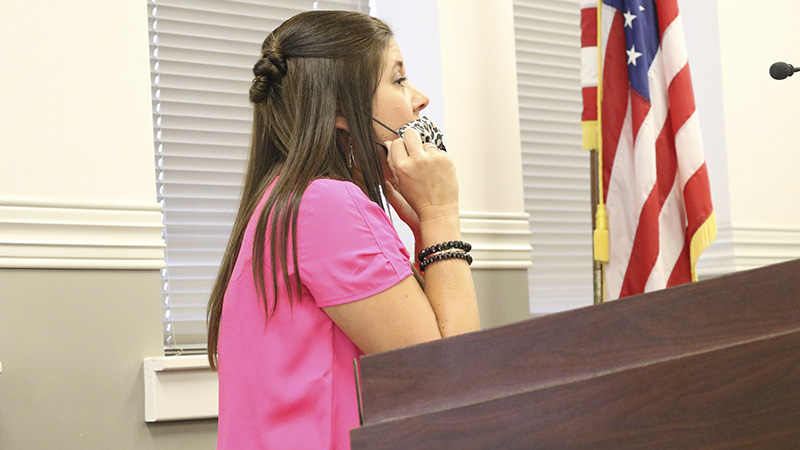 Members of Picayune’s City Council heard about how COVID is affecting employees of the city during Tuesday’s meeting, among other things.

City Manager Freddy Drennan said efforts are underway to establish a budget for the coming fiscal year, and he plans to announce dates when public budget workshops will be held.

A grant from the USDA is also being sought in the hopes to be able to replace the current Picayune Police Department building. Drennan said Congressman Steven Palazzo toured the facility recently and provided the city information about the grant’s availability. He plans to present the Council with a request to submit an application for the grant during an upcoming meeting.

Public Works Director Eric Morris said four employees in his department have been out due to the virus.

As for work accomplished by his employees, the water main extension along Monica Lane is complete, as is drainage work in districts 4, 1, and 5.

Work to build a “jail” for the upcoming Jail and Bail to raise money for the city’s match in relation to a $1.9 million BP grant for Friendship Park was completed on Tuesday.

Fire Chief Pat Weaver said three of his staff have tested positive for COVID, and a total of four staff are out due to either a positive test or family related case. One of those employees was stricken with double pneumonia, but he expects two of those employees to return to work by the week’s end.

Within the Picayune Police Department, investigators are still working to solve the recent bank robberies in town. Bolton said both robberies appear to be related. Agents from the FBI are assisting local investigators with the case.

COVID cases within the police department have resulted in six staff being out, but five of those individuals are expected to return to duty by this week.

Over the past month, officers in the department have responded to 728 calls for service, officers have conducted 18 misdemeanor arrests and eight felony arrests have been made, Bolton said.

Two of those service calls were for children who were accidentally locked in a vehicle. Bolton said those incidents are usually due to a parent or child accidentally locking the door, but officers have tools on hand to easily unlock the vehicle.