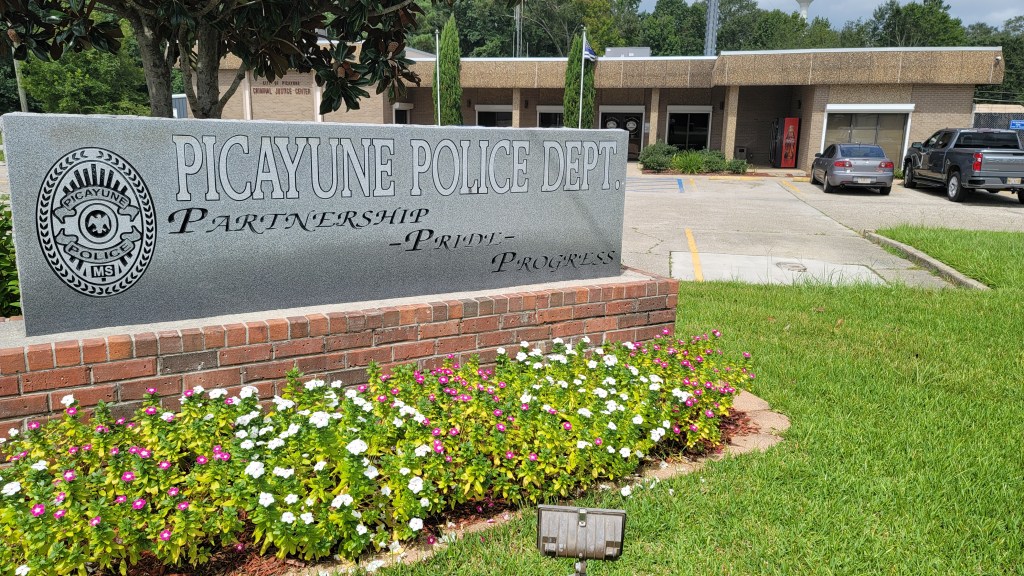 Picayune’s Criminal Justice Center has been in need of replacement for more than a decade. Photo by Jeremy Pittari

The need for higher pay to retain and attract police officers in the city of Picayune and the need for a new police station has resulted in the city manager of Picayune planning to ask for a millage increase this coming budget year.

City Manager Freddy Drennan said a meeting was held in the Council chambers Thursday evening, and meetings with more community members are planned. During Thursday’s meeting, Drenann said he provided details as to why the city will be asking for more tax dollars.

In short, the city plans to take out a $6 million bond to build a new police station and boost the starting pay for all police officers. Initially Drenann hoped grant funding would be available to cover construction of a new station, but he recently discovered that there is little to no grant funding available for the construction of law enforcement facilities.

Drennan said officers in the Picayune Police Department are the lowest paid when compared to 15 other comparable departments in the area.

In response, Dreannan would like to increase the starting pay in the city’s department to $17 an hour.

That low pay rate leads to officers leaving Picayune’s department to take higher paying jobs in those other agencies, creating a situation where the city loses the time and monetary investment put in to training each of those personnel. So, even though the plan is to put the pay in the middle of the pack, Drennan knows that those other agencies are also considering pay raises for their officers.

“We’re losing our trained, experienced officers and that is very scary to me,” Drennan said. “We’re on the verge of having rookies training rookies.”

It costs about $28,000 in pay, time, and equipment to get an officer trained enough so they can patrol the streets by themselves. Broken down by line item, that total includes $12,882 in pay during an officer’s field training time, and while attending the police academy. Tuition to the academy is about $4,500, and then there’s a long list of supplies an officer needs to do their job, which includes their duty weapon, safety equipment and other gear.

Between 2018 and 2020, the department lost more than 40 officers to turnover when they left to take higher paying jobs elsewhere. Many of those officers had years of service put into the Picayune Police Department. Without taking into consideration recently retired Police Chief Bryan Dawsey’s 35 years, the local department has lost 173.5 years of experience to that turnover.

As for the facility the officers work in when not on the road, the Picayune Criminal Justice Center has been in a serious state of disrepair for many years. Even though the roof on the facility was recently replaced, water leaks still occur when it rains. Additionally, the HVAC system needs to be replaced, the structure contains asbestos, sewer and water issues were noted and there are mold and mildew concerns, according to a recent assessment conducted by the architect firm Machado|Patano out of Ocean Springs. The facility is also not ADA complaint.

Anyone who is interested is more than welcome to tour the police station to see the issues for themselves, Drennan said.

Patrol vehicles are also a cause for concern. Drenanan at least a dozen patrol vehicles need to be replaced, many of which are more than a decade old.

Officers in this city are also responding to more calls than ever. He said that 156 calls for shots fired have been made in the past year, a figure that is disproportionate for a city with about 10,000 residents. Officers in Picayune also work in an area where drugs are a problem, leading to an inordinate number of overdose deaths.

To address the drug problem, Drennan has asked for help with agencies that are not bound by jurisdictional boundaries, such as the Drug Enforcement Agency, FBI gang task force and Mississippi Bureau of Narcotics.

In response, the City Council will be asked to pass a motion to increase the millage rate by 10.20 mills, increasing the total millage from 38.61 to 48.61. A budget hearing will be held on Sept. 7 at 5 p.m. in City Hall.

If approved, the increase in taxes to the average homeowner with a home assessed at $65,000 will see their annual tax bill increase by $63.30. Homeowners who are 65 or older do not pay ad valorem taxes on a home assessed at that value, so they will not see an increase.