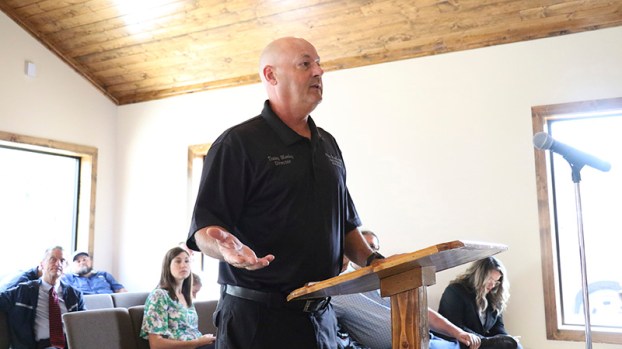 Ordinances, contracts discussed by Board of Supervisors

Pearl River County’s Board of Supervisors discussed the need to update the county’s road list and how county ordinances address camper trailers.

During Tuesday’s meeting, County Administrator Adrain Lumpkin said he is preparing to send each supervisor a copy of the county road list, which needs to be updated annually. He advised them that there are five areas in the county that especially need to be addressed, including a section of road in Beaverwood that has the length incorrectly listed. Other areas include the homes that were previously listed as having Highway 43 North addresses, but now need to be changed now that MDOT relocated the road to straighten out Wheat’s Curve. One suggestion was to call the area Old Highway 43.

Lumpkin also brought some requests for maintenance contracts before the Board, including elevator maintenance at the Courthouse Annex, and generators on various buildings within the county.

With hurricane season in full swing, Lumpkin said it’s best to have all generators load tested to ensure they can meet the power needs of their respective building.

Spence said he wants to ensure that subdivisions don’t become filled with travel trailers or other cheap portable buildings.

Lumpkin said the county ordinance states that only eight mobile homes are allowed to occupy one acre, asphalt roads are required and at least two parking spaces per residential unit are also required.

The Board later went into executive session to discuss economic development and a legal matter.