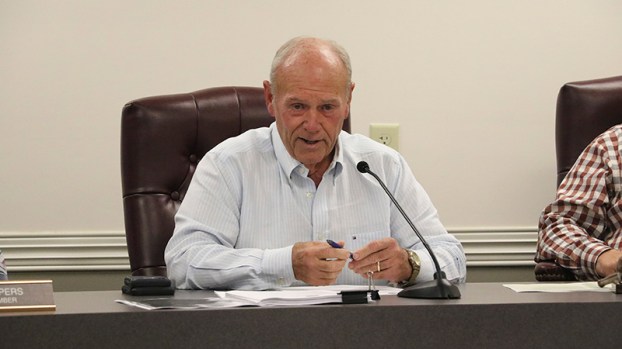 Drennan shares goals for Picayune under his leadership

A husband and wife are on a road trip, during which the wife says she needs a place to stop and rest. As the couple travels down the interstate, they look for the first stop that is clean and not overgrown. Until they find that place, they continue down the interstate.

“Most ladies like to stop at a place where things are clean and it looks open,” Picayune City Manager Freddy Drennan said.

That’s the story he likes to use as a common sense example for economic development.

Since his appointment as city manager last month, Drennan said he has several ideas to help Picayune become that place couples stop at when they need to rest.

From his personal experience, his wife only likes to stop at places that have open interchanges that are inviting. And those places typically bring people in to spend their hard-earned dollars, leading to more sales tax and revenue for that municipality.

Another indicator of a safe place to stop is the presence of lighting at those interchanges.

Currently the city’s administration is in the middle of negotiations with the Mississippi Department of Transportation concerning the city adopting the electricity bill and regular maintenance of interchanges at exits 4 and 6 along Interstate 59 as part of what began as a verbal agreement for MDOT to conduct the initial cleanup work. The City Council was presented with a memorandum of understanding concerning making that agreement official, which passed unanimously during the July 20, meeting.

Other things Drennan would like to accomplish include using the $1.9 million in recently approved BP funding to renovate Friendship Park with a new playground complete with ADA complaint equipment, more restrooms and possibly even a stage, among other improvements. During Tuesday’s meeting the Council approved a motion to accept the donation of a stage, but Public Works Director Eric Morris said city officials have not made a decision where to put that donation.

Some fundraisers, such as a jail and bail, are currently in the planning stages and will be held to help raise money to fund the city’s match for that grant. Drennan said city personnel are also compiling a list of what in-kind work city employees can conduct in relation to the match.

With the almost daily onslaught of rains in Picayune, drainage issues have come to the forefront of Drennan’s goals.

As for how long Drennan will serve as the city manager, he said that so long as his health holds out, he will continue to serve the city. His first attempts at retirement showed Dreannan that being without a job is boring.

“I felt like I was wasting away,” Drennan said. “I watched too many of my friends waste away.”

Some other things he would like to accomplish include marketing Crosby Commons as a place where events can be held, possibly establishing live streaming of Council meetings, and attracting more businesses.

Drennan was mayor of Slidell when formation of the Fremeaux Town Center was underway. He said part of the success of that shopping center was due in part to the availability of TIF funding, also known as Tax Increment Financing. While the city invested about $10 million to create the infrastructure for that shopping center, it led to the creation of about 1,500 new jobs and construction of high end apartments in that area.

While something of that scale may not fit Picayune, Drenann said the city is capable of supporting a similar development on a smaller scale.

He also promises that the city will be open in informing the public of what is going on in Picayune, which is why there is now a “department head update” on the agenda for Council meetings.

“I believe that we need to be open. It gives the citizens a better understanding of what we are doing,” Drennan said.

In 2012 Mary Richardson came up with the concept of building a community health center here in the Pearl River... read more