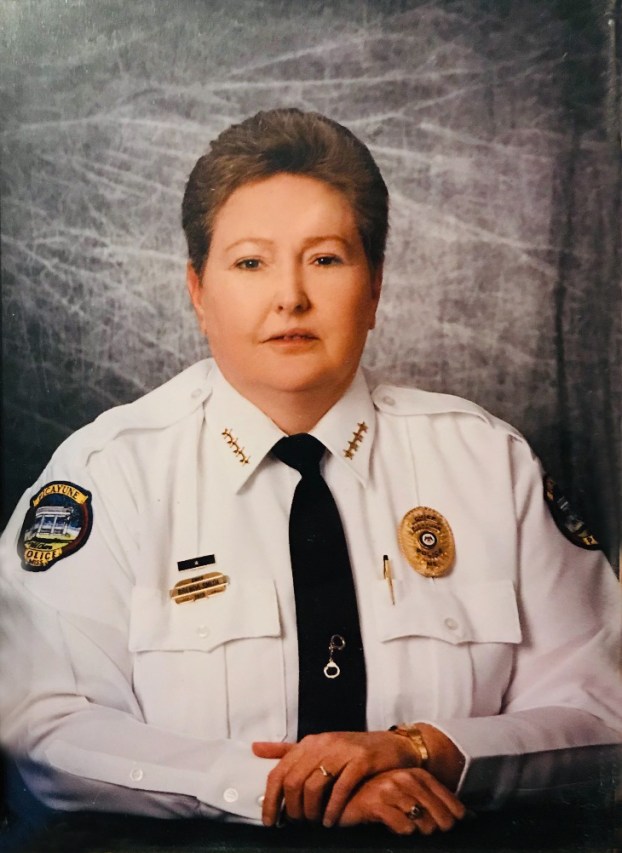 Tuesday, the law enforcement community and citizens of Picayune mourned the loss of a former police chief who many described as the example for what a law enforcement officer should be, the late Brenda Smith.

Current Police Chief Freddy Drennan said he met Brenda on July 1, 1989, the day he was first appointed chief of the Picayune Police Department. At the time she was the department’s assistant chief. Drenann said it didn’t take long for him to see why the Council and mayor at the time chose her for the position.

“She was compassionate, well respected and made good decisions,” Drennan said.

Brenda would later take over as chief when Drennan stepped down from the position in 1996.

Drennan said he suggested the Council and mayor at the time appoint her chief because he saw a strong, self educated, hard worker.

“She worked hard to ensure the Picayune Police Department was a good department,” Drennan said.

She would hold that rank until she retired in 2003, said former Deputy Chief David Ervin.

According to previous coverage, even after her retirement she continued to work in law enforcement. In 2011, newly appointed Police Chief Bryan Dawsey named her as his interim assistant chief, moving her from the position she held at that time as the department’s accreditation manager.

According to her obituary, which can be found on page 3 of this edition, she served in law enforcement for more than four decades and was the first female from Mississippi to graduate from the FBI Academy in Quantico.

Ervin said she had a huge impact on her fellow officers in law enforcement.

Jim Luke, who is a former police chief for the Picayune Police Department, described Brenda Smith as a person who set the standard for what a law enforcement officer should be and she was loved and respected by everyone who worked with her.

“She was an incredible lady. She was a hero, not just a Picayune hero, but a state and national hero,” Luke said.

Breland asks why his request was not competed

City Councilor Larry Breland started Tuesday’s meeting with questions concerning why his request made at the previous Council meeting had... read more