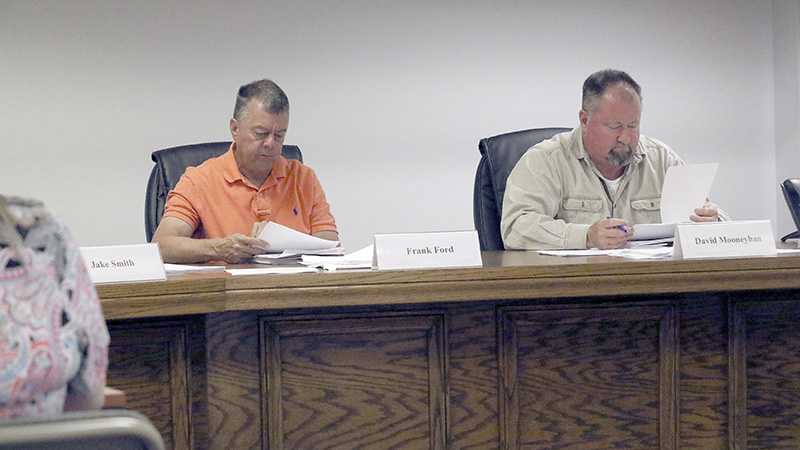 Insurance rate quotes for the coming fiscal year were mostly approved by the Picayune School Board of Trustees, however one aspect of the District’s policy is still forthcoming.

Stewart Sneed and Hewes Account Executive Justin Ladner presented the Board with the quotes he was able to gather before Tuesday’s meeting, but a quote for property coverage was still being gathered and will be presented at a subsequent meeting prior to the start of the next month.

Ladner said rates for insurance continue to rise. He has noted a 5 to 8 percent increase in liability rates across the board, the policy for the school Board  increased by $3,535 and the District’s policy for school resource officers policy came in at $1,320, which is up $240. The District’s crime policy came in essentially flat at $804. Ladner said that since the District does not deal with a lot of money the level of coverage for that policy should stay the same unless the District starts dealing with a lot of theft in property in the future. Those policies are under Liberty Mutual.

Church Mutual now handles the District’s policy for automobiles to save some money. Ladner said that even with a  recent increase of $353, the company still provides a discount over other companies quoted. Part of the increase was due to the addition of a 2021 Dodge Charger which had to be purchased after a school resource officer was T-boned by another driver who ran a stop sign, totaling the 2019 Dodge Charger he was driving. Ladner said the driver of the other vehicle did have insurance and he will not leave money on the table. The District currently has 94 vehicle units in inventory, including maintenance and buses, but the district only carries physical damage coverage on 59 of those units because if the vehicle is older than 10 years it’s typically more cost effective for the District to conduct repairs in-house.

While the quotes presented were approved, the Board will review the property insurance quote when Ladner has it in hand, which is expected to take place before the end of the month.

In other business, the Board tabled acceptance of a quote for a solar panel project slated for the Junior High cafeteria to give the District’s attorney time to review it.

When approved, the District will only be responsible for $15,000 of that expense to pay the architect, the rest will be grant funded.

At the end of the meeting, long-time Board member Frank Ford said he will be stepping down from the Board due to his recent election to Picayune’s City Council. Ford has been on the School Board for the past eight years. He informed the Board that they will now have a relationship with the Council.

Superintendent Dean Shaw also updated the Board concerning summer school enrollment. He said there are 42 students enrolled in the program at the High School, 80 at the Junior High, and 100 in the elementary schools. Shaw said those students are receiving instruction during the summer school.

Patsy Hughes, Nissan of Picayune’s Teacher of the Week