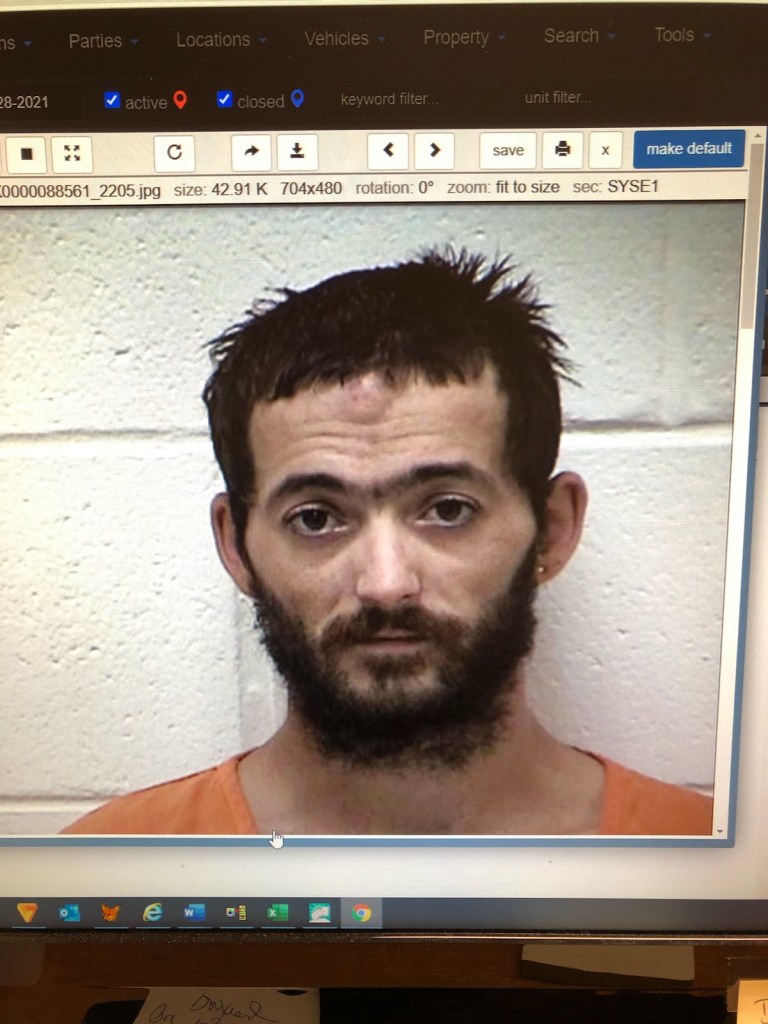 A Pearl River County man who was just sentenced on Monday to five years in prison for assaulting a police officer escaped the custody of a corrections officer while en route to the jail by breaking out the back window of a patrol vehicle.

Maj. Marc Ogden with the Pearl River County Sheriff’s Department said that the incident occurred just after 1 p.m. Monday. The suspect, 29-year-old James Douglas Dennis, who had a last known address of 317 Carey Byrd Rd., had a court date in Poplarville on Monday to face an indictment for simple assault on a police officer from a previous incident, Ogden said. Sheriff David Allison said the address given was possibly not his current place of residence.

After the court proceedings on Monday, the judge sentenced Dennis to five years in the custody of the Mississippi Department of Corrections.

As the corrections officer took Dennis into custody and was transporting him to the jail in Millard, Dennis began threatening to break out the back window of the patrol vehicle so he could escape.

Dennis fled into the nearby woods. Several agencies arrived to help set up a perimeter and conduct searches of the woods.

Allison said officers from Picayune Police Department, MDOC, MBN, MHP, Wildlife Fisheries and Parks and a helicopter from the Harrison County Sheriff’s Department all responded to help conduct the search. At times teams had to rotate out during the multi-hour operation to bring him back into custody.

Because Dennis lost the crocks he was wearing at the time of this escape, he was barefoot, which helped make the search process a bit easier, Allison said.

When a fresh set of tracks were found, dog teams would change up to give the other team time to rest. Allison said a local search and rescue team also assisted by bringing dogs of their own.

At about 6 p.m. that day, Dennis was seen by MBN agents exiting the woods on South Spoon Road and taken into custody.

Ogden said an additional charge of escape will be pressed against Dennis. Allison said he will also seek restitution for the damage to the patrol vehicle.

The sheriff would especially like to thank all of the additional law enforcement teams for their assistance, county personnel for providing side by sides to help in the search and Harrison County Sheriff Troy Peterson for providing the helicopter.