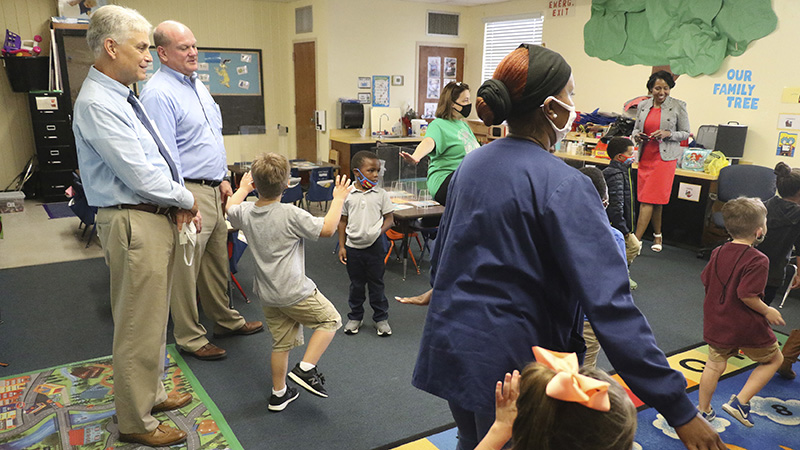 State Senator for District 52 Brice Wiggins from Jackson County made a visit to one of the first Early Head Start facilities his worked helped fund, Picayune’s.

Initially the state funding was $3 million for eight collaboratives. As success rates continue to show the program works, Wiggins said he has worked with his fellow lawmakers to double the funding. With the doubling of state funding for such projects to $16 million starting in July of this year, Wiggins hopes more programs will be established and existing ones can be expanded.

For the most part, collaboratives are run by the local Early Head Start program, just like in Picayune. Wiggins said each program director has full control of how the funding is spent and how the program operates.