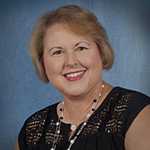 She said she decided to run again because she wants to do her civic duty  to give back to her constituents.

Some of the challenges she sees is that her precinct has a lot of rental property, and she has noticed a lot of blighted property on the east side of town.

“Sometimes we may tend to neglect that side of town,” Stevens said.

If she is re-elected, she would like to see that side of town revitalized.

As for the city as a whole, she wants to see changes that will increase tourism, such as the planned renovations to Friendship Park. Stevens said travel ball leagues bring tourism dollars to the city.

Stevens would also like to see the city utilize the newly acquired Valspar property to bring in more businesses.

If re-elected, she wants to see a new police station constructed, establishment of an automated public alert system so the citizens will know about water line breaks or other emergencies and she wants the city employees to get a raise. She would also like to see a restroom constructed at Mildred Mitchell Park.

She lists her ability to communicate and to work well with her constituents as her prime qualifications.

In relation to how the city should spend tax dollars, she feels more can be done with Crosby Commons. During a recent visit at the park, Stevens said she noticed a number of people enjoying the area, such as impromptu football games, people flying kites and children practicing their cheers.

While she is against a tax increase, Stevens said she does feel the city could annex more land but she would need to look at the particular situation to see how it would benefit the city as a whole.

As a side note, Stevens said that Picayune Main Street should get more recognition than it does.

“I don’t know what we would do without Reba and her crew,” Stevens said. “They represent the city at various events and they focus on Picayune first. I don’t think we give them enough credit.”

Attempts to locate contact information for the second candidate running for that office, David Smith, were unsuccessful so the Item could include him in this story.