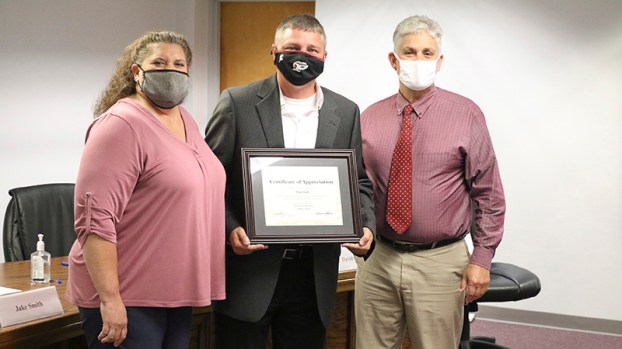 Tim Craft, center, was named Parent of the Year at Picayune Memorial High School. He is joined by Principal Kristi Mitchell and Superintendent Dean Shaw. Photo by Jeremy Pittari 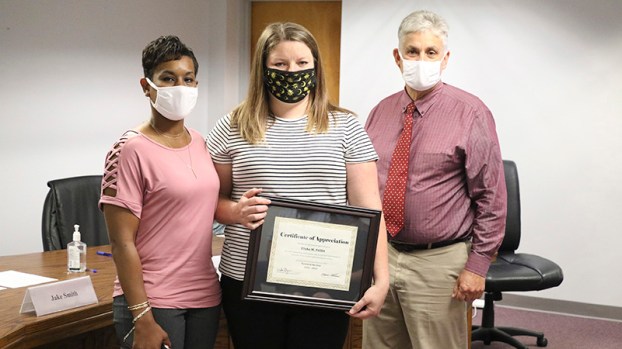 Elisha Politz, center, was named Parent of the Year for South Side Elementary. She is joined by Principal Tarva Cook and Superintendent Dean Shaw. Photo by Jeremy Pittari 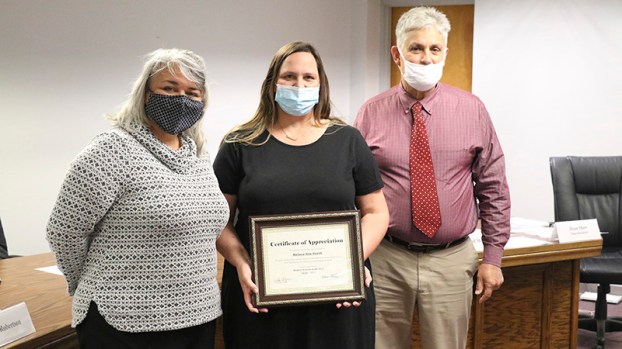 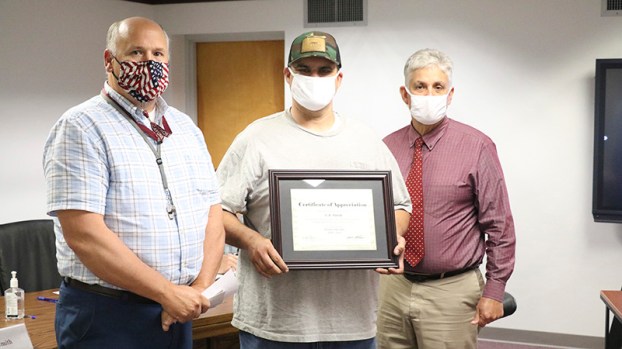 J.R. Pascal, center, was named Parent of the Year at Picayune Junior High. He is joined by Principal Gen Breland and Superintendent Dean Shaw. Photo by Jeremy Pittari 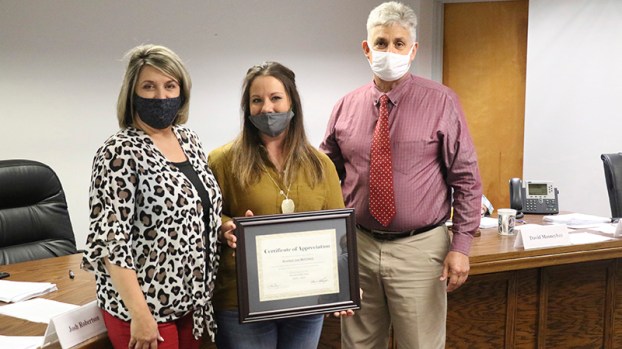 Heather McCreary, center, was named Parent of the Year at Nicholson Elementary. She is joined by Principal Lisa Howie and Superintendent Dean Shaw. Photo by Jeremy Pittari

In recognition of all that the top parents in the Picayune School District do for all children, the Parents of the Year were named during Thursday’s meeting of the Board of Trustees.

Jill Smith, District Test Coordinator, said that the Parents of the Year were selected not because they support heir own children, but because they go above and beyond to support every child at their respective schools, at times taking money from their own pockets to ensure the children have what they need.

At Nicholson Elementary, Heather McCreary, was selected as this year’s Parent of the Year for her multiple donations to ensure children could attend a book fair and so they could complete class projects.

“She is the go-to mom, the one they call when we need something,” said Nicholson Elementary Principal Lisa Howie.

At Roseland Park Elementary, Melissa Pigott, was named Parent of the Year for her continued involvement in the PTO. She is also a paraprofessional with the school, and was described as always having a smile on her face.

South Side Elementary chose one Parent of the Year for both campuses, Elisha Pollitz, who was described as being an innovative parent with a positive attitude who is kind to staff and children. She’s been known to put in the hard work needed to help make the school a great place.

West Side Elementary’s Parent of the Year is Melissa Ann Heath, who was later named District Parent of the Year. Heath was described as the parent who randomly brings breakfast for everyone and special treats on Valentine’s Day. She is the moderator of the school’s Facebook page and can be found at the campus daily. West Side Principal Kerri Wilder said Heath works three jobs and still finds the time to bring ideas that make the hard aspects of dealing with a pandemic seem easier.

“For the past 15 years, she’s been an awesome parent,” Wilder said.

Picayune Junior High’s Parent of the year is J.R. Pascal, who is an active parent who volunteers for just about every extra curricular activity at that campus. Pascal and his wife were said to be the embodiment of the campus motto, “Picayune and proud.”

“Like many parents, he provides for the other children as well as his own, that is what I love about this community,” said Principal Gen Breland.

At Picayune Memorial High School, Tim Craft was selected as Parent of the Year for being a supporter of everything Maroon Tide. He is said to provide support to the students that helps them succeed not only on the court or field, but also in the classroom.

Principal Kristi Mitchell said Craft is not only  a member of the Maroon Tide Touchdown Club and Diamond Club, but also finds ways to ensure that every extra curricular organization at the school has what it needs either through providing donations from his own pocket or soliciting them from others.