Officers brush up on driving skills 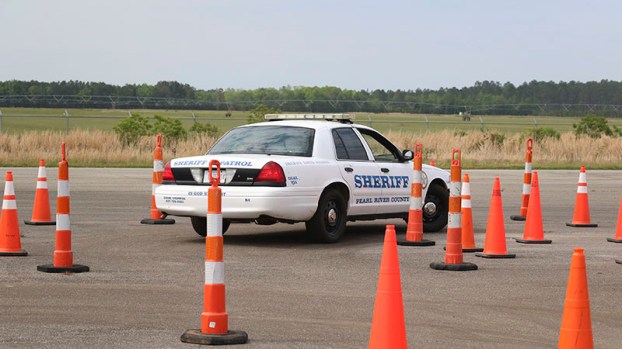 Patrol Deputy Jeff Horner runs through a driving course set up at the Picayune Municipal Airport Friday morning. The course was part of a driving course that honed the skills of local law enforcement officers. Photo by Jeremy Pittari 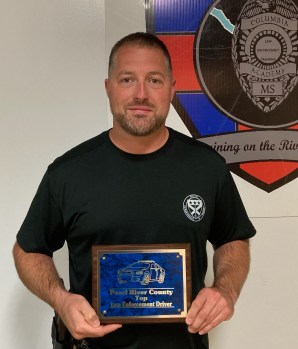 Sgt. David Bean with the Sheriff’s Department said the training was meant to enhance training the officers already received during their days at the police academy.

It was held at the Picayune Municipal Airport on Thursday and Friday of last week, and tasked officers with effectively navigating several courses to simulate real life driving scenarios. A reverse slalom course was meant to ensure officers had control of their vehicle while making tight turns in reverse while effectively using their mirrors. Another course simulated scenarios where an animal or human may enter the roadway unexpectedly.

During the latter course, Bean said the officer was tasked with driving toward a set of cones, and told at the last minute which direction to turn to avoid the animal or human in the road, represented by one of several cones.

Since driving a vehicle at high speed causes wear and tear, the vehicle used in this training was an old Ford Crown Victoria from the Sheriff Department’s fleet, instead of the most recently purchased patrol vehicles in the fleet.

Each officer who participated in the training was given a score based on how well they did. The lower the score, the better the officer performed through the course.

At the conclusion of the training, Patrol Deputy Jeff Horner earned the best score, 169.8.

In all, 14 officers from the two agencies participated. Bean said the offer to participate was extended to the Poplarville Police Department.

Maj. Joe Quave siad he would like to thank the city of Picayune for allowing the department use of the airport and Riverbanks Engraving Shop for donating the plaque given to the winner.