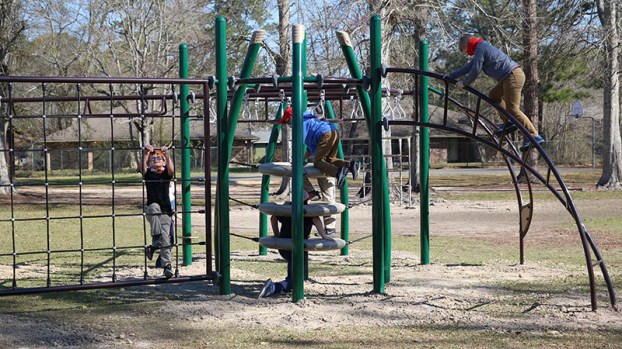 TEST RUN: This group of students at Roseland Park Elementary got the chance to be the first to test out new playground equipment installed using funds raised over the course of the past year along with a couple of community donations. Photo by Jeremy Pittari 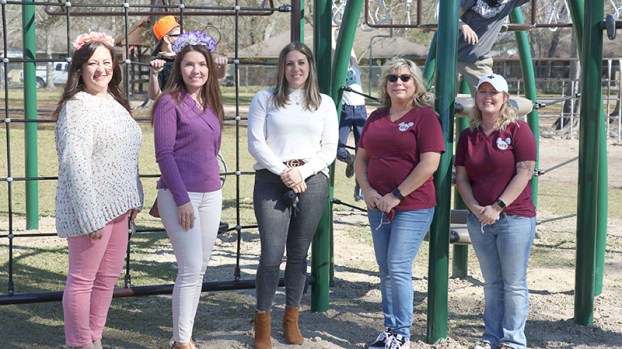 Michelle Broadway, co-president of the school’s PTO, said about $15,000 was raised by the organization through various fundraisers over the past year, including cookie dough sales, Mardi Gras Ball, family game night and a snack shack. That funding was used to purchase the new equipment and pay for its installation. It also helped purchase balance boards that were installed in another part of the playground.

Additionally, Stephanie O’Meara, who has three children who attend the school, donated $500 to the cause and Corey Dillard donated three truck loads of sand. O’Meara’s donation was used to purchase various smaller items for the playground and the sand will be used to create a safe base under the kickball field, volleyball court and also be placed under the new playground equipment.

Broadway said before this equipment was installed, the children had only limited equipment to play on, such as swing sets.