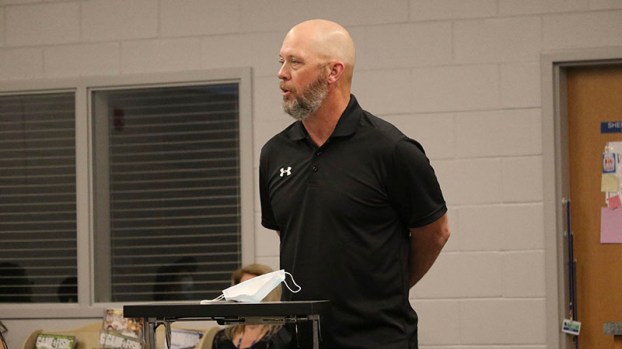 Concerned parent Derrick Tynes spoke to the Pearl River County School District Board of Trustees about his support of teachers and staff with firearms training and proper permits being allowed to carry firearms on a school’s campus to protect staff and students in case a situation occurs. Photo by Jeremy Pittari 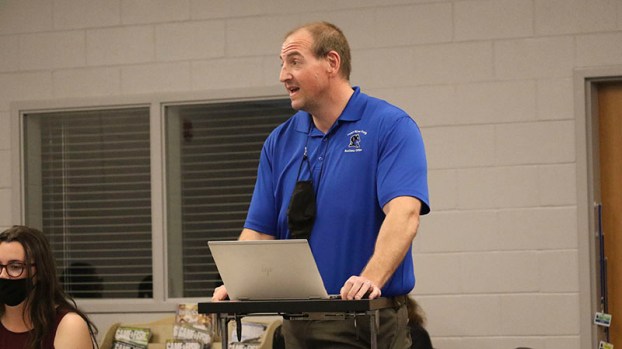 T.J. Burelson, who spoke to the Board as a concerned parent and not as a school district employee, said he is opposed to allowing staff to carry a firearm on campus, unless they are required to undergo and maintain extensive training. Photo by Jeremy Pittari

Whether staff and teachers with an advanced concealed carry permit would be allowed to bring firearms onto a campus within the Pearl River County School District was briefly discussed by concerned parents during Thursday’s meeting of the Board of Trustees.

The meeting began with an opportunity for the public to share comments, which concerned parent Derrick Tynes utilized to express his support of teachers or staff who have an enhanced concealed carry permit being able to bring a firearm on to campus. Tynes said that in his opinion every person has the right to protect themselves as set forth in the second amendment. He added that if the Board would consider allowing it for those who have undergone additional firearms training, to put such a program in place.

After Tynes spoke, T.J. Burelson came before the Board, not as an employee of the district, but as a concerned parent. He said that while he supports the second amendment, he disagrees that allowing staff or teachers to carry a firearm on campus will lead to safer schools. His stance is that a typical person carrying a firearm would not have the training required to ensure innocent staff and students would not be injured should the use of a firearm be required to end a scenario such as an active shooter situation.

Burleson did add that if the district decided to require additional training for any staff member who would be legally allowed to carry a firearm, and therefore maintain that training, only then would he support it.

When the Board took the suggested policy up for consideration Thursday, it died for a lack of a second motion. Lumpkin said the Board feels that more information is needed due to address conflicts with the federal and state laws on the matter. Federal law states that no person is allowed to bring a firearm into a school campus whether they have a permit or not, but state law says that anyone who has obtained a concealed carry permit has that ability. Only law enforcement personnel, such as school resource officers, are legally allowed to carry firearms on campus.

Due to the conflict, Lumpkin said he feels that the Board will more than likely seek legal counsel on the matter before making a final decision.