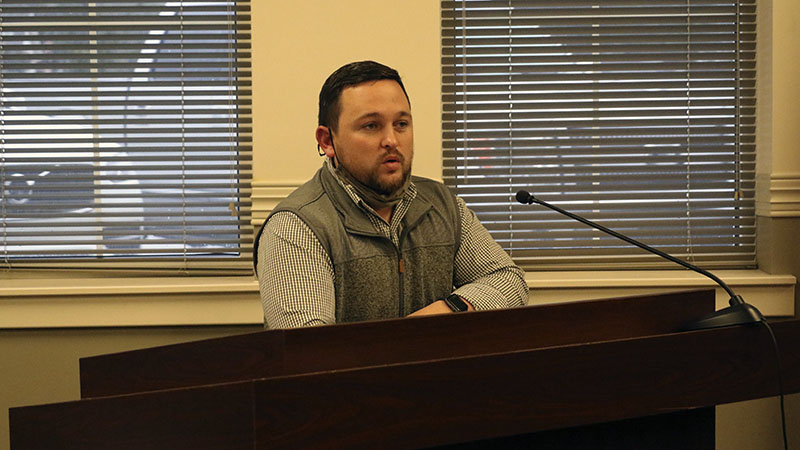 Fruitful Labor: Pearl River County Economic Development Director Blaine LaFontaine gives details of a company that will set up a distribution point in Picayune’s Industrial Park, which is expected to ultimately bring 100 jobs and a 30 percent increase in average pay to the city. Photo by Jeremy Pittari

A new company is expected to set up shop in Picayune’s Industrial park that will bring 25 initial jobs to the city, with 75 more expected to be created over three years.

The company, Leisure Pools based out of Tennessee, has purchased a 30 acre lot in Picayune’s Industrial Park that includes an 83,000 square foot facility near Heritage Plastics. That facility will initially serve as a distribution point for the company’s fiberglass resin, said Pearl River County Economic Development Director Blaine LaFontaine.

While the company will create 20 to 25 initial jobs, another 50 to 75 are expected to be added by the third quarter of this year as the company considers adding the manufacture of hot tubs to the Picayune facility’s work.

“They are a big player in the pool market,” LaFontaine said.

Leisure Pools will invest about $1 million into the renovation and repair of the current facility, which has been vacant for a decade or more, he said.

Jobs will start at $15 per hour, with some being salaried. LaFontaine said that will result in an increase to the city’s average wage of about 30 percent.