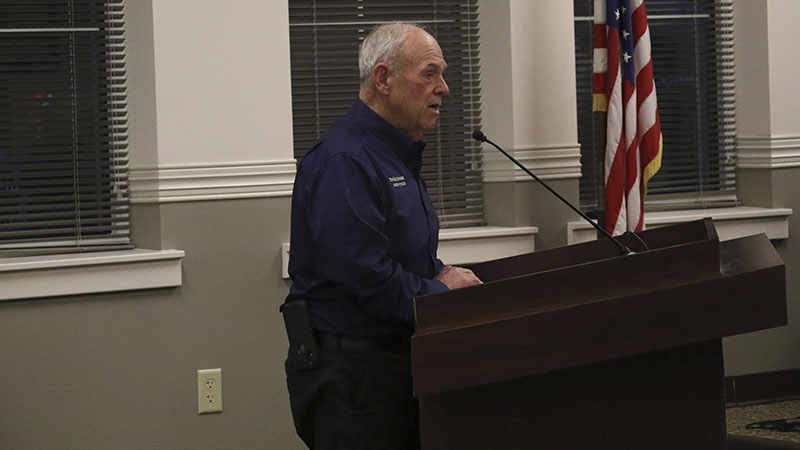 TRAGIC TIME: Picayune Police Chief Freddy Drennan speaks to the City Council about efforts being made by his officers to support he Hancock County Sheriff’s Department and family of Michael Boutte after his passing. Photo by Jeremy Pittari

During Tuesday’s meeting of the Picayune City Council, Picayune Police Chief Freddy Dreannan updated Councilors about ongoing efforts to support the family of Hancock County deputy Michael Boutte, who died while responding to a call near Cesar Necaise Road. Boutte was a former Picayune Police Officer.

Drennan said that earlier that day, several officers from his department participated in a procession on Interstate 10 to escort his remains back to Mississippi from Louisiana. Mayor Ed Pinero asked for a moment of silence prior to the meeting and asked that flags in the city be lowered to half mast on Wednesday.

Drennan said the mood at the police department has been somber and his officers expressed interest in being part of the funeral procession when that date is set.   In the meantime, officers brought food and other refreshments to the Hancock County Sheriff’s Department and the family of Boutte in a show of support.

For more on Tuesday’s meeting, including a motion by the Council to accept the donation of the Valspar property, see picayuneitem.com or Friday’s print edition.