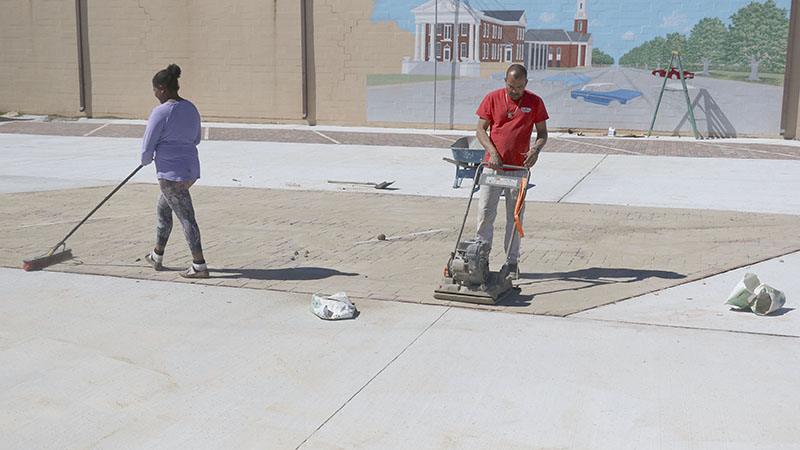 What was a run down lot next to City Hall in Picayune has been transformed to a concrete parking lot with brick pavers.

Public Works Director Eric Morris said the renovation to the lot was funded through a $40,000 grant from Picayune Main Street Inc., with about $5,000 worth of in-kind services provided by city employees.

“Everything just worked out beautifully to put concrete and pavers on top of it,” Morris said.

Additional touches will include parking bumpers that will be stained the same color as the brick pavers and yellow arrows to direct traffic.

Prior to being a parking lot, the property served as a church and a funeral home. Part of the work to turn it from a weedy eyesore involved removal of an old concrete vault.

Morris said the property was obtained by the city after it sat dormant due to tax liens. He credits City Manager Jim Luke’s efforts in the city’s acquisition of the property.

Another project the city is working on involves transforming two alleys along East Canal Street to something similar to Fishbone Alley in Gulfport; a recreational area to increase the quality of life for citizens.

“The goal is to create a New Orleans French Quarter theme there,” Morris said.

He envisions the area becoming a place to enjoy lunch or simply take a rest while walking the dog.

The project will be constructed within the north and south alleys between structures located in the first block of East Canal just off of Highway 11.