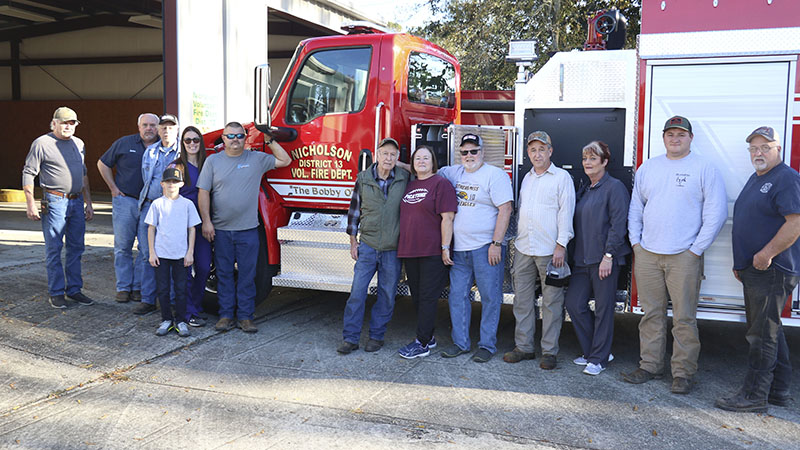 The department has a total of five trucks, three are class A pumper trucks, one is a brush truck and the other is a rescue vehicle.

Burge said that every 20 years or so, fire trucks need to be replaced, which is why the new truck was purchased. The old truck was sold to Northeast Volunteer Fire Department.

What is different about this truck is that it carries the name “The Bobby O”, after the department’s former fire chief, Bobby Robbins.

“I had no idea they would do something like that,” Robbins said. “Bound to get teary eyed if I ain’t careful.”

While Robbins stepped down as chief last year, he is still an active member of the department, serving on the board and still responding to calls at the age of 82.

Robbins went to his first call in October of 1974, and became a member in January of the following year. In 1977, he was named chief, because no one else would step up to fill the position, Robbins said. He remained chief until Jan. of 2019, he said.

Robbins continues to serve with the department because he says the Nicholson Volunteer Fire Department is comprised of the “best of the best.”

“It’s been a good run and I enjoyed the heck out of it,” Robbins said.

He attributed the department’s strong financial standing on Robbins’ leadership and hard work.