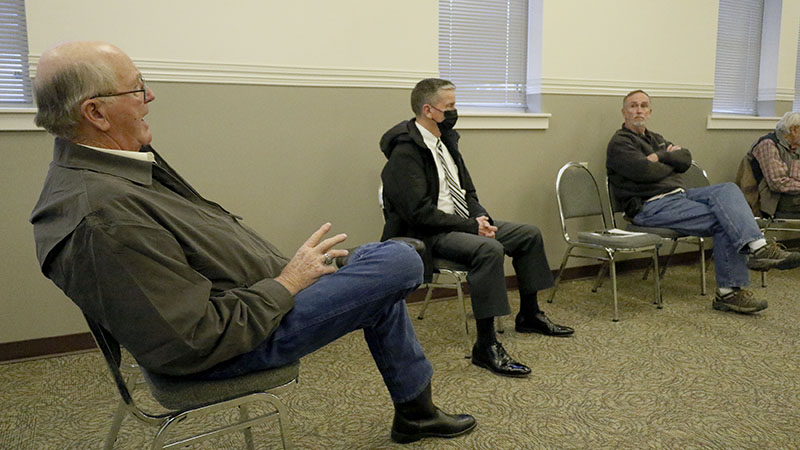 One of those ideas included the creation of a uniform industrial incentive policy that will allow Economic Development Director Blaine LaFontaine to quickly inform industry or business representatives of those opportunities. The policy he presented aligns with those already in use in surrounding areas. Having such a policy in hand will allow him to sell Pearl River County as a potential place to do business on the front end, he said.

LaFontaine also wants to revamp the city of Picayune’s current tax abatement program to increase participation in the program.

County Supervisors Hudson Holliday said the representatives of this county need to be as aggressive and competitive as possible in attracting new industry and businesses to this area.

In regard to the tax abatement program, the existing ordinance was established by the City Council back in 2002. In that time, only three applications were submitted to receive the tax credit, and only two of those were approved. LaFontaine said the last application was submitted 14 years ago.

The program works by enticing business owners or property owners to invest a minimum of $25,000 into an existing building within the downtown area to either upgrade the building’s facade, exterior or add upper residential features to the building, to name a few.

The abatement would apply to both city and school district taxes, but only be associated with the cost of the upgrades, and therefore not include the business’ total assessed value.

Councilor Wayne Gouguet said that to his understanding the current program entails a complicated application process and the benefits are currently minimal since the savings only apply to the investment made, not the total tax bill.

LaFontaine said he would like to see the minimum investment increased to $50,000, and consider increasing the time frame beyond the seven year maximum currently outlined in the ordinance.

He hopes to be able to present the matter to the City Council and have it approved by the first meeting in February, meaning he will need to present the plan to the Council this week at Tuesday’s meeting.

Adding savings to the county taxes in addition to city and school districts taxes, was also suggested, but not discussed at length.