Chamber of Commerce reflects on 2020, looks ahead to a new year 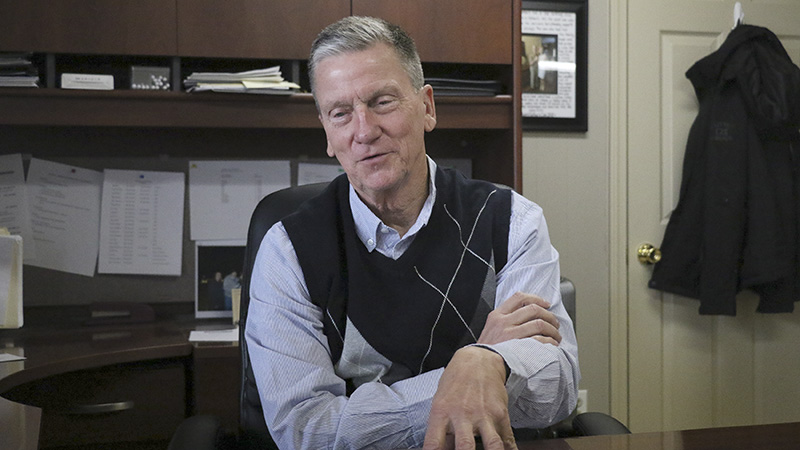 LESSONS : Terry Farr, executive director of the Greater Picayune Area Chamber of Commerce, hopes to be able to bring back a number of the regular events that were canceled as part of the response to the pandemic in 2020. Photo by Jeremy Pittari

After a year of canceled events, membership decline and many lessons learned, the Greater Picayune Area Chamber of Commerce is gearing up for a new year that the staff hope will allow them to bring back many of the events that had to be canceled in 2020.

Last year saw the cancellation of the Chamber’s popular Morning Call breakfast and reduction in the number of Business After Hours social gatherings but did result in the resurrection of a Leadership program.

Even though “some members” were lost last year, Farr said some of those lost have rejoined the Chamber.

Some of the things accomplished last year include a reduction in membership tiers from nine to just one, at $175 annually. Farr said that opened the door for more members to become sponsors, increasing from eight to more than 50.

Sponsorships provide those members with added benefits based on the tier level.

In spite of the pandemic, the Chamber was still able to hold four fundraisers, three of which were successful, and a golf tournament allowing for the issuance of four $1,250 scholarships to students at Pearl River Central High School and Picayune Memorial High School.

But the most popular event the Chamber used to hold, Morning Call, was put on hold. Prior to the pandemic, those events were held once a month at a local venue, sponsored by one of the members. Farr said the events were so popular not only did he not have to seek out sponsors to hold them, increasing the frequency to twice a month was being considered.

“We have every intention of cranking those back up,” Farr said.

Last year also saw the return of a local leadership program, this time under the Chamber’s umbrella. Previously an organization known as Partners for Pearl River County organized those classes, which educated participants about the various aspects of government, infrastructure, education, healthcare and other aspects of the area.

Forging through a pandemic resulted in some lessons learned as well, such as how to work from home. Although that led to not being able to provide all the services a Chamber provides, such as helping the community in person.

Even though many of the Chamber’s regular events had to be cancelled, the decision to hold the annual banquets was made when COVID-19 case numbers reduced, although the number of attendees was cut.

Heading into 2021, the goal is to continue to increase membership, entice participation at Chamber events and continue holding successful fundraisers, ribbon cuttings and grand openings.