Council accepts second round of funding for more parking 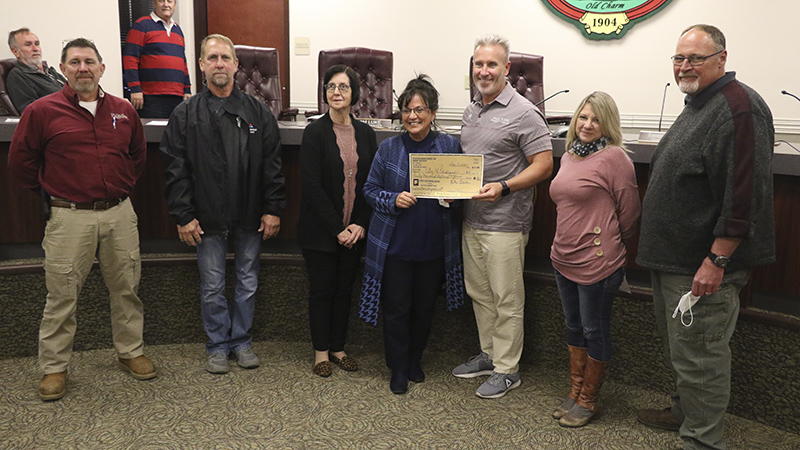 A $40,000 grant will be used to create additional parking in the city of Picayune.

Public Works Director Eric Morris said the funds will be used to create a parking lot on Rester Street and Williams Avenue, which is near City Hall. The funds will also be used to remove old signs in the downtown area of the city, Hill said.

Construction of the parking lot will include cement travel lanes with cement paving bricks comprising the actual parking spaces, Morris said. He said the grant is expected to be enough to cover the cost of the construction.

Hill said he is happy to be able to work with Picayune Main Street in providing the funding for a second year.

In a separate matter, the resignation and reappointment of David Mooneyhan to the Picayune School District Board of Trustees was tabled. When the matter came up for a vote, Councilor Larry Breland made the motion to table the matter, with Councilors Lynn Bogan Bumpers, Tammy Valente and Jan Stevens in agreement. Mayor Ed Pinero and Councilor Wayne Gouguet voted against tabling the matter.

A weather observation system at the Municipal Airport is currently non functional. Jonathan Hickman with Dungan Engineering said the system alerts incoming and outgoing aircraft operators about the current weather conditions. The Federal Aviation Administration will cover 90 percent of the cost to upgrade the system, the Mississippi Department of Transportation will cover five percent and the city of Picayune will cover the remaining five percent. The cost to the city will be about $12,000, Hickman said.

Fire Chief Keith Brown is retiring at the end of the month after 28 years of service to the city. During Tuesday’s meeting, the Council approved a motion to allow him to purchase his helmet and badge for $1. Brown said he plans to retire on Dec. 31. Pinero said he will miss working with Brown, who he described as someone who runs a tight ship and keeps the business end of the Picayune Fire Department in check.

The Council then entered closed session to consider an executive session to discuss economic development and a donation.