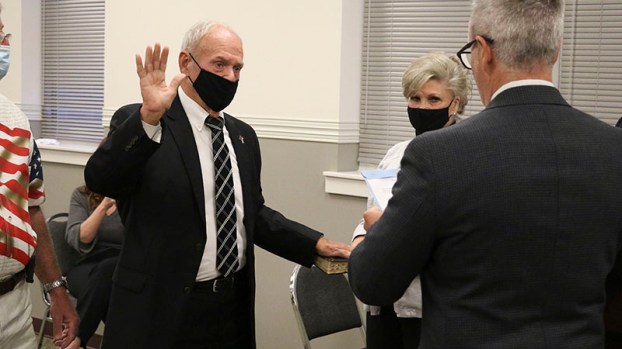 Fredrick “Freddy” Drennan will replace retiring Police Chief Bryan Dawsey, who has 35 and a half years of experience in law enforcement and served as chief for nearly a decade, said City Manager Jim Luke.

Drennan, who is a Picayune Memorial High graduate, said after being sworn in that it’s an honor to return to the department he served in and the city where he grew up.

In other business, the Council approved a motion to transfer $7,000 in general funding to cover a shortfall in a West Side Redevelopment fund sidewalk project.

The Council also voted to approve “the assignment and assumption of lease from the Mississippi Action for Progress unto the Picayune Separate School District.”

City attorney Nathan Farmer said the matter concerned transferring a lease held by MAP for use of land owned by the city that the Head Start building sits upon. The land is located on Highway 11 near the National Guard Armory.

Farmer said the lease was enacted back in January 2006, and has a term of 40 years.

According to previous coverage, the Picayune School District took over management of the Head Start programs in Picayune and Poplarville after MAP made cuts.

In another matter, the Picayune Police Department requested permission to repair damages to a door that was damaged in an unknown police operation.

During discussion of that matter, it was mentioned that city employees inadvertently caused damage to two police cars while operating a knuckle boom.

The Council also approved a motion by Councilor Larry Breland to appoint Elder David Simmons and Ola Mae Robinson to the Library Board of Trustees.