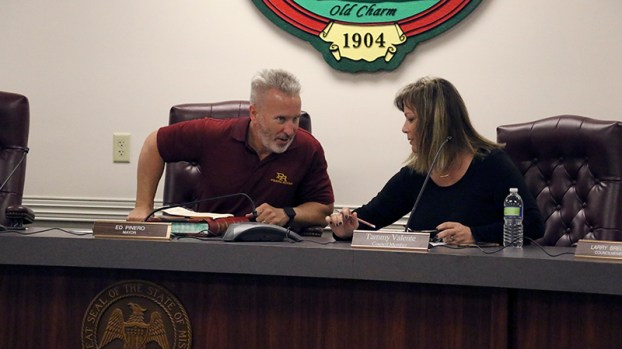 Picayune’s City Council approved a motion to change insurance policies, denied a request from a developer to expand a subdivision and allowed retiring Police Chief Bryan Dawsey to purchase his service weapon and badge during Tuesday’s meeting.

City Clerk Amber Hinton said the change in insurance policy was needed to ensure the city’s property was fully covered. She said the city was uninsured under the previous policy. The Council approved a motion to accept a bid of $146,680 for property insurance.

Outgoing Police Chief Bryan Dawsey was allowed to purchase his service weapon and badge for $1 after the Council approved the motion.

The Council also approved a recommendation from the Planning Commission to deny Jon Pearson’s request to expand the Ridge Crest subdivision. Mayor Ed Pinero was the only member of the Council to vote against denying the matter.

The Council meets again on Dec. 1.

Update. The vehicle being sought to gather more information in this case has been located. A male juvenile was struck... read more