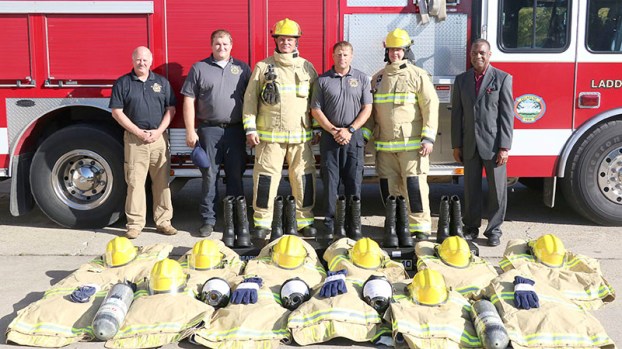 Fifteen new sets of turnout gear were purchased using grant funds that will help keep firefighters at the Picayune Fire Department  safe while they put out blazes and conduct rescue operations.

The new gear was purchased primarily with funds donated to the city of Picayune by the Lower Pearl River Valley Foundation. Of the estimated $42,000 total needed to purchase the gear, LPRVF donated $37,000. The city paid for the difference. LPRVF President and CEO Clyde Dease said the organization is always looking for opportunities to help the community. By helping the fire department secure the new turnout gear to replace aging sets currently in use, those firefighters with the most worn out gear will now have safer equipment to protect them while they put out fires and perform search and rescue operations in burning buildings.

Now, the oldest set in the department was purchased in 2017. Training Officer Josh Abercrombie said that a set of turnout gear can last up to 10 years, provided it was not damaged during a call.

Typically the department purchases two to three sets of turnout gear from its general budget annually to replace the sets that are the most damaged or worn out.

“This is going to be a game changer for sure,” Brown said.

Pearl River County’s Office of Emergency Services now has an online portal for reporting storm damage. It can be found... read more