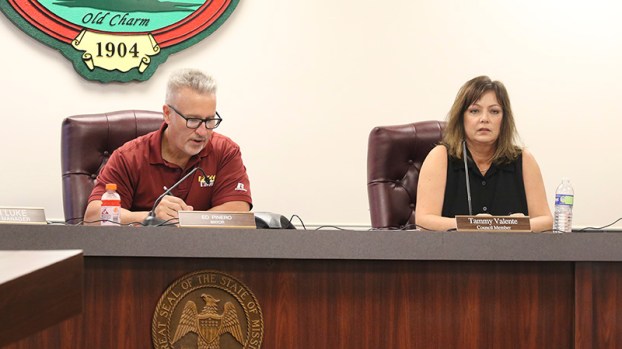 Concerns lodged by a member of Picayune’s City Council led to the tabling of a matter concerning acceptance of the donation of a concrete statue to the city for display along Goodyear Boulevard.

During Tuesday’s City Council meeting, it was discussed that community member Russell Foster was interested in donating a 6 foot statue weighing 2,000 pounds to the city. The intention was to display the statue along Goodyear Boulevard near the flag pole, where other military monuments are currently on display.  During discussion of the matter, Councilor Larry Breland asked for details of the statue before approving the matter, such as if the statue represents a particular person. He expressed concern that the statue may offend someone.

Mayor Ed Pinero described the statue as depicting a nameless Marine, particularly donned in WWII military formal dress.  Breland asked to table the matter until he could get more information on the donation and statue involved.

Since Breland attended Tuesday’s meeting remotely, Pinero attempted to send Breland a photo of the statue from his cellphone. It’s unclear if Breland received the photo before conclusion of the meting, but the previous motions to discuss the matter were rescinded and the matter was tabled until Nov. 3.

Brown sworn in as new Alderman

Newly elected Alderman Daniel H. Brown was sworn into office Tuesday during the Poplarville Board of Alderman’s regular meeting. The... read more