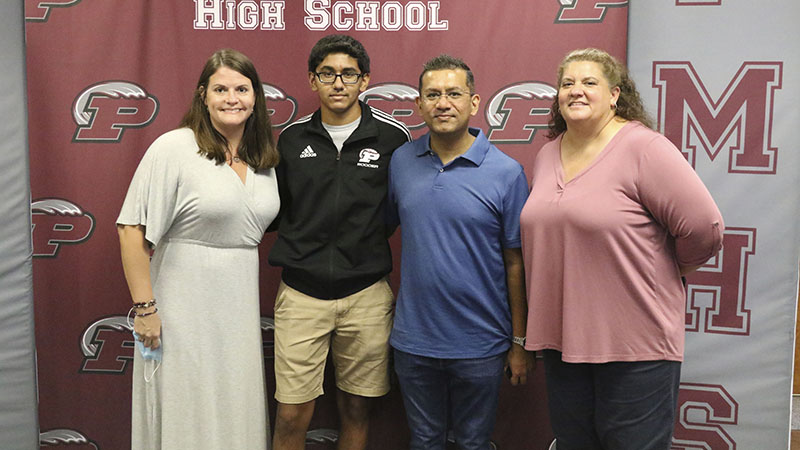 A Picayune Memorial High School senior was recently alerted that he was named as a semifinalist for the Preliminary SAT/National Merit Scholarship Qualifying Test.
Picayune Memorial High School Counselor Toni Tuci said it has been several years since a student has earned the prestigious designation.
Om Patel is one of 16,000 students across the nation to make it to the semifinals. Nationwide close to 4 million students take the test.
He said his preparation for that test was a lot of studying for the ACT, since both tests are very similar. He took the test back in October of last year, and the next step is to submit an application packet containing parent and teacher recommendations along with an essay as part of the final process to see if he’s earned a scholarship.
While not all finalists will get a scholarship, some will take home a $2,500 scholarship from the National Merit Corporation, or will be offered scholarships from universities.
Patel, whose parents are Manish and Sonal, said he doesn’t quite know what college he will attend, or his major. But tentatively he plans to attend Mississippi State if he decides to stay in Mississippi and he has an interest in seeking a degree in engineering.
Currently, he’s got a full plate as a member of the soccer team, cross country team, Beta Club, High Tide Club and is completing dual enrollment classes at Pearl River Community College.