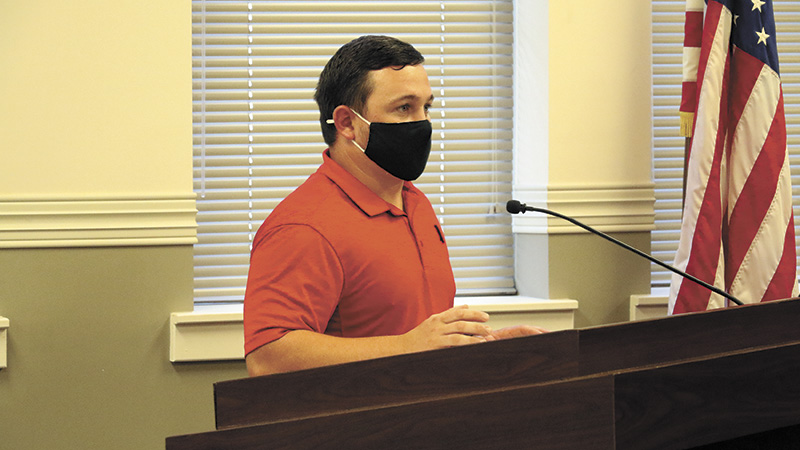 Blaine LaFontaine, the director of the Pearl River County Economic Development Council, gave an updated presentation concerning his plan to boost development in the county and city during Tuesday’s Picayune City Council meeting.
He covered several topics during his presentation, the first of which was the development of a strategic plan, which he plans to present to the Council by the end of this month, or early next month.
In a separate matter, a company conducted a site visit at one location within Picayune’s Industrial Park. LaFontaine said he hopes to hear more from that company about possible interest in the site by the end of this year.
He also wants to see the city repeal and replace a previous tax abatement program established by the city back in 2002.
The revised program includes a new application process and a revised formula to determine the amount of tax abatement. The premise of the program is to entice business owners and companies to invest in their location within Picayune, or locate to Picayune, while also promoting mixed use of facilities in the downtown area.
Establishment of the revised program may require a workshop where local business owners, property owners and company representatives could give and receive more information. He suggested holding that workshop within the next 30 days. Councilor Wayne Gouguet agreed that holding a workshop would be best.
LaFontaine said that if the Council approves the revised plan, the city would not lose current tax funding, but the program would defer the amount of the investment to encourage future growth.
Another topic entailed signage, code enforcement and creating consistency in branding within the city. He suggested creating some sort of uniform signage at the exit 6 and 4 corridors, saying the current signage is inconsistent with any attempts to brand the city.