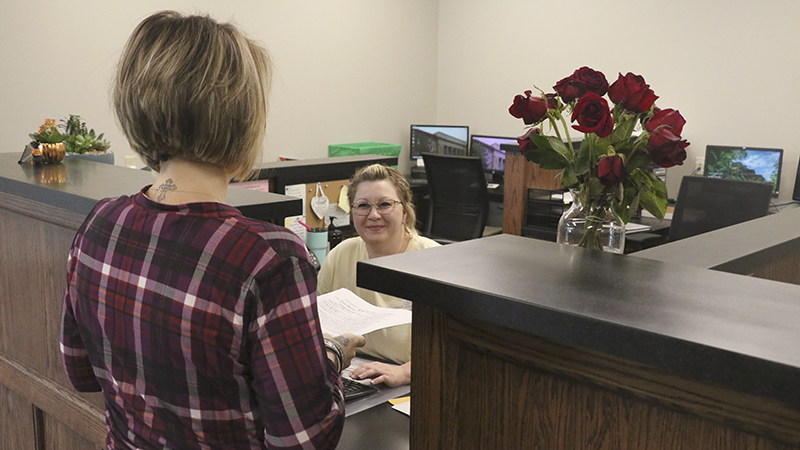 While access to the interiors of the Pearl River County Tax Office and driver’s license office in Picayune have been open these past few weeks, getting into the rest of Chimney Square is still restricted — until Monday.
Pearl River County Supervisor Donald Hart said the rest of the building in Picayune has been closed to protect the public and staff as part of the pandemic.
Access to the Chancery Court and Circuit Court offices in Picayune involves the resident calling the respective office and waiting for one of the staff to climb down two flights of stairs before they can conduct business.
Chancery Clerk Melinda Bowman said that fact has been hard on the staff. While she was able to open the Poplarville location, which is located in the recently completed Annex, the Board of Supervisors determine when the Picayune building will reopen to the public.
Hart and Supervisor Hudson Holliday both expect the reopening of all county offices to be discussed during Wednesday’s Board of Supervisors meeting. Holliday said he’d like to see all county buildings reopen.
However, with absentee voting starting on Monday residents in the south end of the county will want to go to Chimney Square if they want to vote.
Circuit Clerk Nance Stokes said even though the building is technically still closed, she plans to allow access to Chimney Square starting on Monday so voters will be able to cast an absentee ballot that day. Bowman said her Picayune office will also reopen that day.
Since this year’s election includes a number of hot items, including the Presidential election, medical marijuana and a new state flag, turnout is expected to be above average this election year, even for absentee voting.
Stokes said that during the last presidential election in 2016, about 100 people daily came to one of her two offices to vote absentee. She expects the impacts of the pandemic to increase that number.
To help with the anticipated increased strain, combined with the fact that restrictions will further impact how voters will be able to vote absentee, additional temporary staff are being sought. Hart said he was alerted to the fact that the South Mississippi Planning and Development District has made funding available to help cover the expense of those temporary staff.
Stokes said that only three voters will be allowed in the second floor conference room of Chimney Square at a time to cast an absentee ballot. After each group votes, staff will have to sanitize that room before allowing another three people to vote. Stokes said she chose that venue to offer absentee voting due to its size and ability to create a separate entrance and exit.
As such, starting Monday, staff of the Picayune location of the Circuit Clerk’s office will focus solely on election matters, such as absentee voting and voter registration. For any other matters, Stokes asks residents to attempt to conduct that business at the Poplarville office, unless they have an extenuating circumstance.