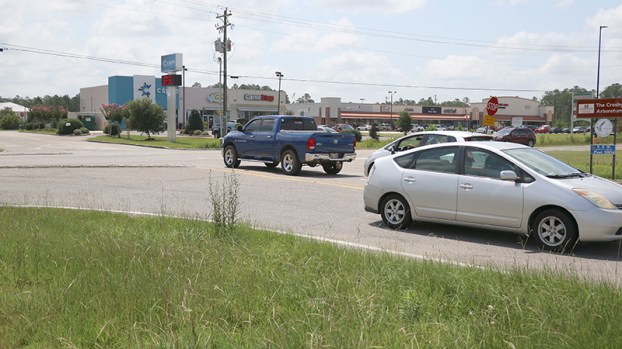 A last minute addition to an application to apply for grant funds as part of the Mississippi Gulf Coast Restoration Fund caused concern for some Picayune City Council members.
The concern was raised during discussion of a request to apply for funding for the expansion of East Jerusalem Avenue.
That, and two other projects are being sent to the Legislature for consideration of grant funding under a BP settlement. The other two projects include repairs and renovation of several city parks and construction of a roundabout near the entrance of Frontage Road where it intersects with Highway 43 South.
Councilor Wayne Gouguet asked Jonathan Hickman with Dungan Engineering why phase one of the project to lengthen East Jerusalem Avenue was changed at the last minute on Tuesday to connect it to Telly Road, when previously that phase of the project ended at property owned by Resurrection Life Church.
Hickman said the change was made after State Senator Angela Hill and State Representative Stacey Wilkes suggested that phase of the project connect East Jerusalem Avenue to Telly Road.
Gouguet said that his issue with the change was that it was made at the last minute, and without the knowledge of the Council. He then asked what the new cost of the project would be. Hickman said phase one now totaled $2.75 million and phase two totaled $4.5 million. Previous coverage states that phase one of the project was anticipated to cost $1.9 million to build 1,600 linear feet of roadway. No other projects appear to have been changed before Tuesday’s meeting.
Gouguet expressed concern that if the Legislature, who has the deciding vote in which projects are approved under the program, approved funding all three of Picayune’s requested projects, the city would be on the hook to kick in $2.6 million in matching funds.
Even though the Legislature would more than likely only approve one, or at most two requested projects, if all three were approved City Clerk Amber Hinton said the city has some in reserve funds combined with the cancellation of planned capital projects to cover the match, but it would leave the incoming administration with little to no reserve funding to work with if an emergency were to occur. An election for municipal administrations through the state of Mississippi is set for next year.
In the end, the Council approved a motion to move forward with the projects as submitted, with the addition to the East Jerusalem Avenue. The deadline to submit projects for consideration of funding is Aug. 28.