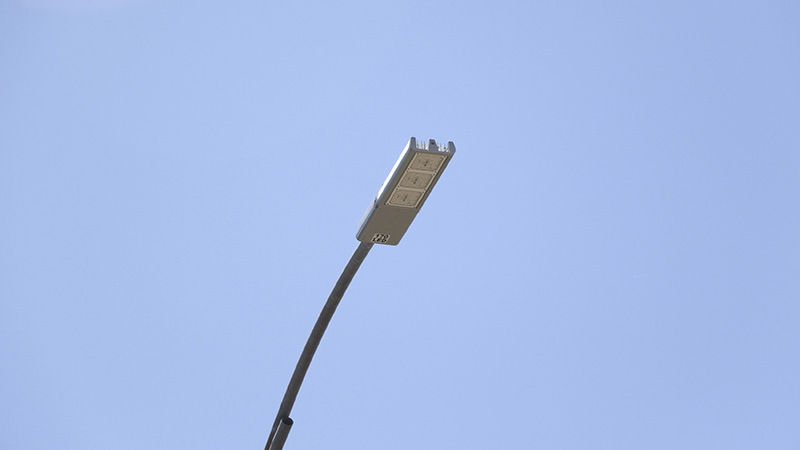 Street lights that use LED bulbs are being installed throughout the city of Picayune. As part of a revised contract with Mississippi Power Company, more than 40 more of the more modern lights will be installed along Highland Parkway and Wildwood Drive. File photo by Jeremy Pittari

Street lights along two roads in Picayune will soon be more energy efficient and put out more light.
Tuesday, Picayune’s City Council approved a motion to enter into a revised contract with Mississippi Power Company to upgrade 46 street lights along Highland Parkway and Wildwood Drive.
Public Works Director Eric Morris said the revised contract, which focuses on maintenance of street lights, allows Mississippi Power Company to replace bulbs and fixtures in the old street lights from the dated metal-halide bulbs to more modern and energy efficient LED bulbs and fixtures.
Metal-halide bulbs tend to burn out more quickly than LED bulbs. Morris said the revised contract is for 7 years and will cost the city $500 per month. He said the previous contract was close to that amount, but the newer bulbs are expected to decrease the city’s electric bill for those street lights.
Similar upgrades have taken place along Highway 11, Goodyear Boulevard and Highway 43. Morris said that since street lamps on those streets have been upgraded, the frequency in which bulbs need to be replaced has decreased.
During the Council Member’s Concerns portion of Tuesday’s meeting, Councilor Jan Stevens asked what the result of Tuesday’s election would have on the city if the residents decided to vote against Mississippi Power Company’s 25 year franchise agreement.
City Clerk Amber Hinton said that if the citizens voted against the matter, which would decrease the city’s fee from three percent of all residential, commercial and industrial connections to two percent of only residential and commercial, the city would lose about $175,000 per year in franchise fee collections, leaving the Council to come up with alternate funding, or make cuts to the coming fiscal budget.
As stated in previous coverage, no matter the outcome of the vote, rates to customers will not be affected.
Hinton said that the vote only has to pass by a majority, no matter the turnout.