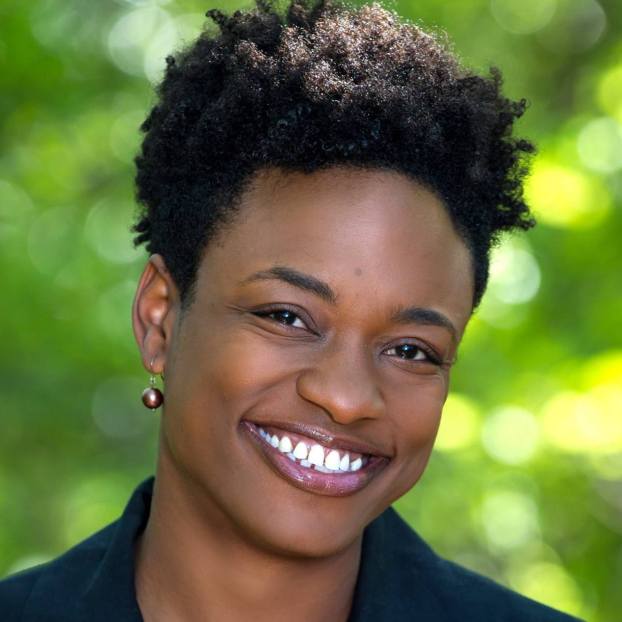 Jasmine Cochran has been teaching English and English literature over seas for the past four years. Photo by Rick Wayne

As an American English teacher working abroad, Jasmine Cochran inherently has a lot to teach her students.
One of the most timely things she has taught her students in Guangzhou, China, is that teachers of all colors have lessons to share with their students, no matter what country they are from or the color of their skin.
Cochran is a Black woman teaching Chinese children about the English language and literature, and inadvertently about racism.
She’s been teaching in the far away country for the past four years. She and her family initially made a two year commitment, but decided to stay even longer. As a result, her daughters, ages 10 and 7, both speak fluent Mandarin and are getting a much different childhood experience than Cochran received here in Mississippi.
“I think it’s so cool, because I lived in one house my whole life,” Cochran said of her family’s home off of Union School Road in Picayune.
While racism was part of Cochran’s childhood experience in the Deep South, she’s discovered that people in China also have preconceived misconceptions of Black people. One day while sharing the story of Frederick Douglas and the racism he overcame, a few outspoken students, most in their mid teens, asked her to bring a white teacher to the class to corroborate her story.
Cochran said the request set her back, because being a teacher in China is typically a very respected position. But apparently children in China are taught by their parents that Black people are not the same as they are.
In contrast to how the subject is taught in America, Cochran took a different approach to teaching Black history.
“I don’t teach Black History starting with slavery, it’s just not fair or accurate,” Cochran said.
And her work is paying off. She said that over the course of the past two years, she’s noticed that the attitudes of the students has shifted.
Still she struggles with the aspect of human nature that if a person never experienced racism, it’s hard for them to believe it happens to others at all.
While she sees the negative aspects of Mississippi, she still carries a deep love for her home state. She even looks for similarities in her current location. For example, the city she lives in borders the Pearl River in China, and just like in Mississippi, the summers in China are hot and humid.
“People think I hate Mississippi, but I only have frustrations with the state,” Cochran said.
She even looks forward to her visits with family and the beauty of Mississippi’s landscapes, such as how the oak trees cover parts of Jackson Landing Road.
Her frustrations center on the lack of will by the state’s people to change, which hinders any potential progress that could be made.
“A lot of people who left the state would love to come back and contribute their gifts and ideas,” Cochran said.
She recalls that during her senior year at Picayune Memorial High School in the early 2000s, she and some other students advocated for a Black History class. Since her father previously served on the Picayune School District’s Board of Trustees, she knew she had to file a petition to get such a class started. Once the petition was ready, she was informed a teacher would need to volunteer to teach the class. She found that volunteer in one of her two favorite teachers, Denise Pickett. Cochran also credits recently retired teacher Allison Wheat for being a major influence in her life.
Pickett taught a full class Black History that year. To her knowledge, that was the last time Black History was offered at the school.
Even though she advocated for a Black History class at her school , Cochran has strong feelings that every history class should include the stories of all nationalities, including native Americans, Asians, and any other culture that has had an impact on the United States.
“I would love to see a syllabus for a history class that includes all people’s history,” Cochran said.
Another things she would like to see changed is the mindset of white privilege and that Black people succeeding in life is unusual.
“We are achievers and contributors to society and we regularly do great things,” Cochran said.
While teaching in China she’s noticed that the education system in America has some flaws, especially in the fact that teachers are micromanaged in how they can teach the curriculum. In China, at the school she teaches at currently, the administration allows Cochran to pick the subject matter so long as she hits the core goals of the curriculum. She speculates that the tight restrictions on teachers in this country is contributing to the a level of teacher frustration, which prevents them from reaching their ultimate goal of affecting change in the next generation.
“That’s something that I truly wish was different for American teachers,” Cochran said.

Friends and family celebrated a Poplarville man’s 105th birthday Wednesday night with a parade of cars past his home. Oscar... read more