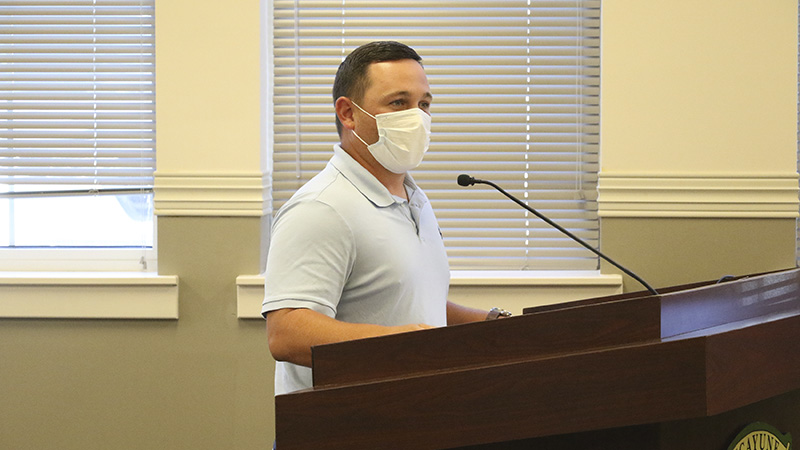 Picayune’s City Council heard about the efforts ongoing within Pearl River County to promote economic development during Tuesday’s regular meeting.
Blaine LaFontaine, the county’s Economic Development Council director, said he has been working with the Pearl River County Board of Supervisors on land acquisition and development as a way to market those opportunities as best he can.
He has also been working with leaders at Pearl River Community College and the local school districts to work on education initiatives.
LaFontaine said he is also working with federal delegates to find funding to help the Crosby Arboretum realize completion of the $16 million master plan.
A new website is under construction that LaFonatine said will be more modern and offer the county an opportunity to share information about the assets available.
By working with the local chambers of commerce, the previously defunct leadership program is gearing up for a new class. Applications for that program will be accepted until July 3.
LaFontaine said he is also working to create more programs for the elderly and young people in the county.
A number of assets are dormant right now, particularly the former Bell Avon building in Picayune’s industrial park. He was previously working with three prospects to occupy that building, but the impact of the COVID-19 pandemic has forced companies to change their outlook on non-traditional office spaces.
LaFontaine also asked the Council to consider abolishing the current Ordinance 765, which was established in 2002 as a tax abatement program, to create something more modern.
“I don’t think the city got a single application from that existing ordinance,” LaFontaine said.
He said that getting people back to the downtown area is necessary to help the downtown area and the city and county grow and changing the existing ordinance is an avenue to reach that goal.
Councilor Jan Stevens asked about rumors that another grocery store company was considering locating in Picayune. LaFontaine said there is no company considering the area. He said that the city needs to address issues of retail leakage. Additionally the closure of Winn Dixie and the subsequent Shoppers Value closure show that more local spending is needed. The aim is to convince people to shop local, and then grow population density in the city and county.
LaFontaine said he plans to provide quarterly updates of his progress to the Council.