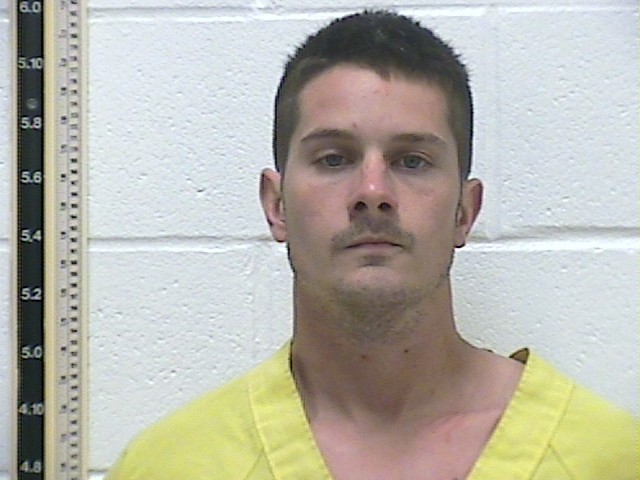 Tuesday evening a family disagreement heated up when one man lit fire to a home on the family property.
Maj. Marc Ogden with the Pearl River County Sheriff’s Department said deputies were alerted to the incident at 9:30 p.m. when the matron of the family, Brenda Emmons, called to report that her son, 28-year-old Auston Emmons, of 234 Old Kiln Rd., had set fire to a home on the property before fleeing on foot into the woods.
Deputies responded and found that Auston Emmons had escaped. While speaking with Brenda, the deputies were informed that a domestic dispute occurred between members of the Emmons family and Auston and that dispute escalated to the point that Auston set multiple fires to a home on the property of 234 Old Kiln Road in an attempt to burn it down. After setting fire to the home, Auston fled into the woods.
Ogden said that deputies searched the area for Auston, but did not locate him.
Brenda was advised to go to the Pearl River County Justice Court office to sign an affidavit for arson against Auston, which was conducted the next day.
Wednesday night, deputies on patrol found Auston and arrested him for the offense of simple assault domestic violence before booking him into the jail.
Thursday, investigators with the Sheriff’s Department received warrants from Justice Court for Auston’s arrest for arson, and two affidavits for simple assault. Ogden said the warrants were served to Auston on Thursday, who was already being held in the jail due to his arrest the day before.
The home that was set ablaze was older and unoccupied, but the damage the fire caused was substantial, Ogden said.