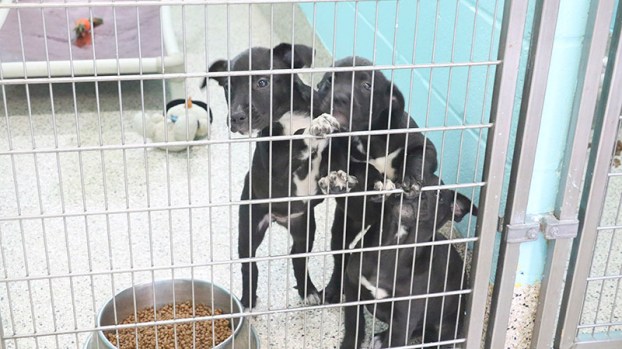 PANDEMIC PETS: With a number of people home from work during the ongoing COVID-19 pandemic, this is an ideal time to adopt a new pet, which need a lot of initial attention and training. Photo by Jeremy Pittari

With new orders to shelter at home being handed down from the state and the city of Picayune issuing a similar executive order, Pearl River County’s SPCA is modifying its operation policy to protect the public and pets.
The modification will entail suspending intake of owner surrenders of pets to keep the shelter’s population low, said PRC SPCA President Shari Jones. Jones said the concern is that if staff fall ill, there will not be enough personnel to properly care for the animals at the shelter.
Animal intakes will only occur on an emergency basis, such as if the pet owner passes away, or they lose their home.
“We ask that people hang on to their pets until this is over,” Diamond said.
Shelter staff are looking into the possibility of closing the doors to the shelter to the general public early next week. When that occurs, adoptions will still be available, but will be conducted by appointment only, said shelter spokesperson Maria Diamond.
For those who are unwilling or unable to come to the shelter but are interested in adopting a cat, Diamond said she will be willing to help them conduct the adoption over the phone and deliver their new pet provided they live close to the shelter.
Shelter Director Judy Wheaton said she is working with staff to establish a person to provide the same service for dog adoptions.
Anyone who is able to foster a shelter animal during this time is asked to call the shelter and volunteer their time and resources.
Diamond said that this is a good time to adopt, or foster a pet, since a number of people are not working and have extra time to spend with an animal.
Pet owners in financial distress may be able to get some assistance in the form of food for their pet through the shelter. Wheaton said the staff are still working out the logistics of providing that assistance once the doors close, but they intend to continue to help those in need.
Wheaton said she appreciates the public’s support in donating Vienna sausages, which are used to administer medication to dogs, and the donation of paper products used to care for the animals.
Even when the shelter’s doors close, shelter staff will still answer the phones. To adopt a pet, volunteer as a foster or provide donations, call the shelter at 601-798-8000.

Service at landfill slows due to increased traffic

With many families home from work and school due to the COVID-19 pandemic, Pearl River County residents are spring cleaning... read more