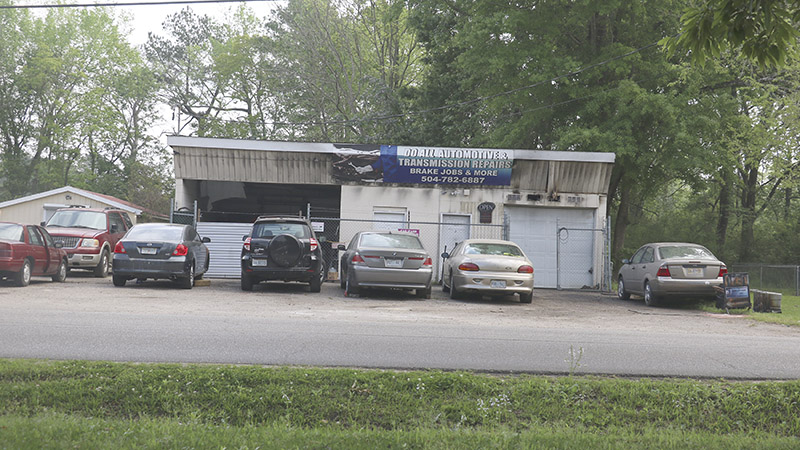 NO INJURIES: This auto shop along Jackson Landing Road was damaged by a fire Saturday night. Photo by Jeremy Pittari

Saturday evening a local mechanic shop caught fire, damaging the business.
Pearl River County Fire Marshal Jonathan Head said the call of the fire came in at 9 p.m. Saturday. The caller stated that the fire was occurring at 3351 Jackson Landing Road, which is a local automotive repair shop.
Just before the fire occurred, a mechanic was working on a vehicle at the shop, but he was able to exit the building without injury, Head said.
Firefighters with the Nicholson Volunteer Fire Department arrived within four minutes of the call and were able to put the fire out quickly. Head said that firefighters with Carriere Volunteer Fire Department and Henleyfield Volunteer Fire Department responded, but the flames were extinguished before they arrived.
The man who was working in the shop at the time was transported to a local hospital for treatment of a medical condition unrelated to the fire, Head said.
An investigation into the cause of the fire determined it to be accidental. Some damage to the business’ tools and equipment was sustained along with smoke damage, but no major damage was reported, Head said.