Friends of Boley gearing back up 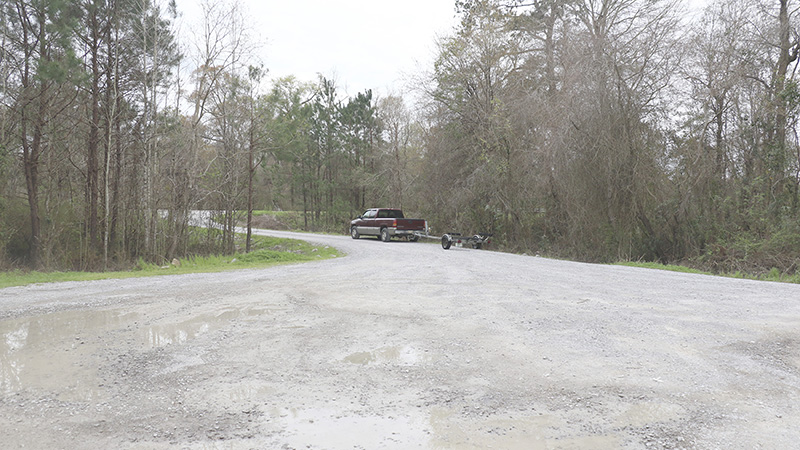 SECLUDED LAUNCH: This view of the Daniel Tabberer Boat Launch facing Burnt Bridge Road shows how underbrush in the area obstructs the view from the road, leading to the site becoming a place where vandalism occurs and vehicles are abandoned. Photo by Jeremy Pittari

Friends of Boley, a group that formed about 10 years ago with the goal of cleaning the Hobolochitto Creek, has been on a hiatus as of late, but its members are gearing up to conduct more projects.
Friends of Boley President Derek Turnage said the next project for the group will be to partner with the Pearl River County Board of Supervisors and the city of Picayune to clear out the underbrush at the Daniel Tabberer Boat Launch, located off of Burnt Bridge Road.
At a City Council meeting held last week, the Council approved a motion to lend employees and equipment to conduct that work for up to two days. Public Works Director Eric Morris estimated the work would equate to the city providing about $1,000 of in kind services.
Turnage said the aim is to make the area more visible from the road to deter acts of vandalism, suspected drug deals and vehicles from being abandoned at the boat launch. He said that about six vehicles have been abandoned at the boat launch, some of which were set on fire.
A date to clear the underbrush has not been set because weather conditions need to be right for the heavy equipment to be used in that area.
Members of the organization’s board have also been elected. In addition to Turnage, other executive officers include Byron Hill as vice president and Mark Stockstill as secretary and treasurer. Other board members include Steve Seal, Brad Burge, Keith Brown, Eric Morris, Christy Goss and Scott White.
Turnage said the group is also still seeking designation as a 501c3 and some long term goals include partnering with groups, a contractor or applying for grant money to help invest in renting or borrowing equipment that can make creek cleanups faster and easier.
Friends of Boley was founded in August of 2010 after a group of like minded community leaders discovered trash and fallen trees blocked several areas of the local creek. Since its inception, the group organized nearly annual cleanup events to remove trash from the creek and keep it passable by small watercraft.
Turnage said more cleanup events are slated, tentatively for later this year.