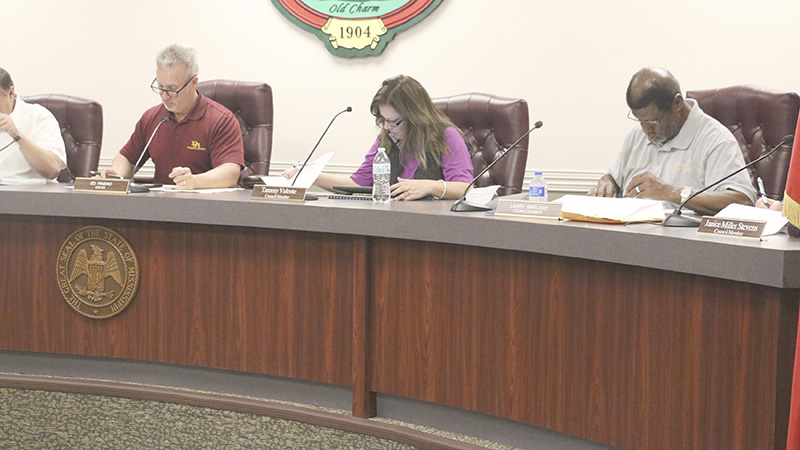 The city of Picayune will now provide funding to assist in the operation of the Pearl River County Economic Development Council, but the vote to approve that matter was split.
Discussion of providing that funding occurred during Tuesday’s meeting after Councilor Wayne Gouguet made a motion to provide $4,000 a month to the Council, but met with opposition from two other Councilors.
After making the motion, which was seconded by Jan Stevens, Councilors Larry Breland and Lynn Bogan Bumpers wanted to know how the city can provide that much funding to an outside agency when they should be providing raises to city employees.
It was later clarified that the funding to the Economic Development Council would be coming from funds set aside for economic development, meaning those funds can’t be used for any other purpose. City Clerk Amber Hinton said those funds came from the sale of lots at the city’s Industrial Park.
Breland also asked how much the new director of the Economic Development Council makes, to which Gouguet later said $110,000. Breland said that according to his calculations, providing $4,000 per month for the next 19 months would equate to $76,000.
Breland also brought up the failed attempt to receive economic development assistance from Retail Strategies. In spite of previous coverage in January of 2016 stating that Retail Strategies was providing value for the $50,000 investment made at the time, it was clear that Breland and other members of the Council had a different opinion during Tuesday’s meeting.
At the end of the discussion, Gouguet, Tammy Valente, Stevens and Mayor Ed Pinero voted to provide the funding, while Breland and Bumpers voted against.
In a seperate matter, the COuncil approved a motion to enter into a memorandum of understanding with the Pearl River County Board of Supervisors to provide land clearing services to make the boat launch on Burnt Bridge Road safer. Public Works Director Eric Morris said the MOU will entail sending a city employee and equipment for up to two days to clear the land from the road to the boat launch. According to previous coverage, acts of dumping and vandalism have been occurring at the boat launch due to its remote location.
The city is also dealing with an issue concerning the Picayune School District declining to pay for the requested additional school resource officers who were not on the job. According to previous coverage, the District requested additional officers so there would be an officer at each of the seven campuses in the District. Police Chief Bryan Dawsey said that when he discussed the contract with the School District’s administration in 2018, he felt he made it clear that some campuses would be without a school resource officer while that person was trained, either through a week long course to get already certified officers up to speed, or during a much longer 13 week period to send new personnel to the police academy. Ultimately the Council decided to turn the matter over to each respective body’s attorney.
The next Council meeting will be March 3 at 5 p.m. in City Hall.