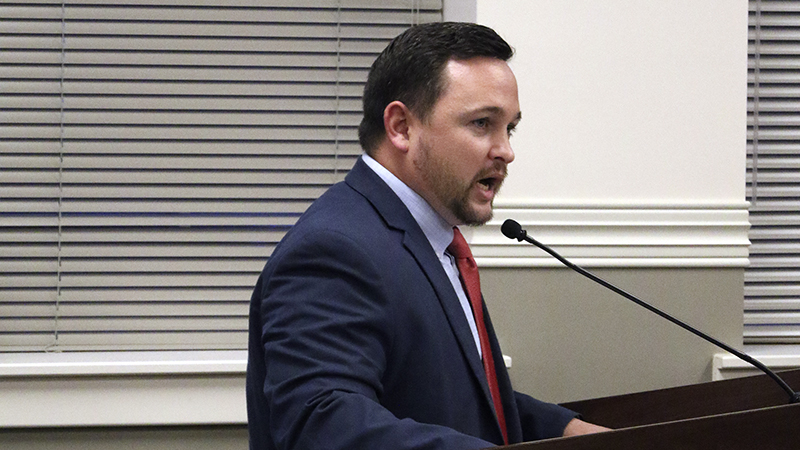 A presentation from the new economic director for Pearl River County may have changed the Council’s mind in providing funding to an Economic Development Council established by the Pearl River County Board of Supervisors.
During Tuesday’s meeting of Picayune’s City Council, Economic Development Director Blaine LaFontaine outlined his long term plan to market Pearl River County and its two municipalities as viable places for businesses to set up shop or relocate.
During his first five weeks on the job he has been speaking with representatives with local school districts, Mississippi Development Authority, South Mississippi Planning and Development District and Partners for Stennis to find areas that need improving, or areas where funding can be provided to help attract industry to the area.
LaFontaine said his focus is on attracting small to medium sized businesses, employing anywhere from 20 to 500 people.
That could be a polymer business, warehouse or even a small manufacturing company. His intent to use the existing assets in the area, such as the municipal airport, access to rail and Stennis Space Center, as leverage.
He also plans to speak to existing business owners to see what they think works in Picayune, Poplarville and the county. Identifying existing skillsets to help market the area is also one of his goals.
Currently, he is in the process of developing a 10 year economic development plan that he will roll out by the end of the year. Once it is complete he intends to provide that plan to all three local governing bodies.
After his presentation, and a glowing review from former Poplarville Mayor Woody Spiers, Councilor Wayne Gouguet made a motion to provide the Pearl River County Economic Development Council with $4,000 in monthly funding from the city of Picayune.
Previously, the city had rejected any motion to provide funding to the Economic Development Council, even when asked by members of the Pearl River County Board of Supervisors.
Councilor Larry Breland mentioned later in the meeting that the city had attempted to fund economic development in the city to the tune of $50,000 paid to an outside agency, with little to no results.
Breland cautioned against approving Gouguet’s motion to provide funding to the Economic Development Council during Tuesday’s meeting since City Clerk Amber Hinton was absent. Breland said he would prefer Hinton to be present so she can update the Council on how much money has been set aside by the Council for that purpose. Gouguet then rescinded his motion and asked that the matter be added to a subsequent agenda when Hinton is present.