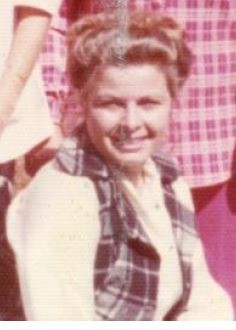 Investigators with the Pearl River County Sheriff’s Department are looking into the case of a woman who has been missing since the late 70s.
After disappearing in 1978, Janice Rose Bullock has not been seen since and her family wants to know why.
Maj. Marc Ogden said he received the case from the National Missing Persons Program after one of her daughters filed a report back in 2017. That information was sent to Ogden’s desk, and last year he began compiling information and speaking to those who may have known her.
So far, his investigation has shown that Bullock last saw her children in 1974, when she failed to show up to a child custody court case in another county. Ogden said his investigation showed a subpoena for the case was served to her at a Pearl River County address in 1974. When she failed to show up to court, custody of their children was awarded to the father. The children have not seen her since.
However, Ogden said his investigation showed that she was still living in Pearl River County, allegedly working as a waitress at a truck stop located on Highway 26 in Poplarville which was owned by a man by the name of Dick Dedeaux.
Ogden said that his investigation showed that at around the time Bullock worked at the truck stop, Dedeaux murdered his own girlfriend before taking his own life. Ogden said he thinks someone might recall seeing Bullock during that time, especially since the Dedeaux case caught the attention of anyone living in Pearl River County at that time.
So far, he’s talked to several people who allegedly knew Bullock, but most of the leads he’s received never panned out or provided substantial evidence as to what may have happened to her.
He also attempted to see if Bullock had used her personal information to obtain a place to stay or any other service, but no records turned up.
The last time Bullock’s family heard from her was in 1976 when they received a letter. Ogden said his investigation indicates that she worked at the truck stop until early to mid 1978.
Bullock was born in August of 1950, meaning she would be 69 if she is still alive today.
Ogden asks anyone who may have information about Bullock to contact the Mississippi Coast Crime Stoppers at 1-877-787-5898.