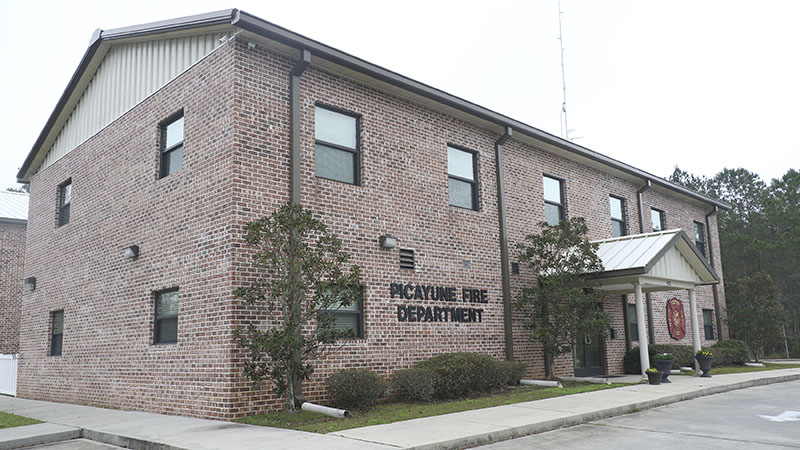 LOWER INSURANCE: Homeowners within the Picayune city limits will see a decrease in their fire insurance policy now that the Picayune Fire Department has received a rating of 4. Photo by Jeremy Pittari

Improvements within the city of Picayune have helped the Picayune Fire Department receive a lower rating this year.
The new rating means the department is now a four and will lead to a Picayune homeowner seeing a slight reduction in their fire insurance policy.
Deputy Chief Barry Lee said he estimates those savings will equate to $150 to $200 for a home assessed at $150,000 to $175,000.
“I think all homeowners are excited to know there will be a savings on their insurance,” Lee said.
Some of the changes that led to the lower rating include switching to a statewide reporting system, utilizing the MSWIN radios as part of their dispatch system and improving the city’s water system. Lee noted that not all of the changes were made by the Fire Department, such as the work to repair water leaks and improve the city’s water system as a whole, which was conducted by public works.
Other aspects of a department reviewed by the rating bureau every four years include call response times, the number of staff, equipment used by the department, facilities, the number of training hours put in by the staff and the facilities available for that training, Lee said. Fire Marshal Pat Weaver said his investigative training and the department’s arson dog helped provide additional points.
Lee and Weaver have already identified areas that the department can focus on during the next four years to better the rating again. Weaver said that the city’s codes need to be updated, and staff will begin working on some testing protocols. Additional manpower and utilization of the statewide reporting system will help with receiving a higher rating as well.
“Our goal is to make the department better each year,” Lee said.
While it didn’t affect the department’s rating, staff have now taken up residence in the new station located at the end of Goodyear Boulevard. Lee said an official ribbon cutting will be scheduled soon.