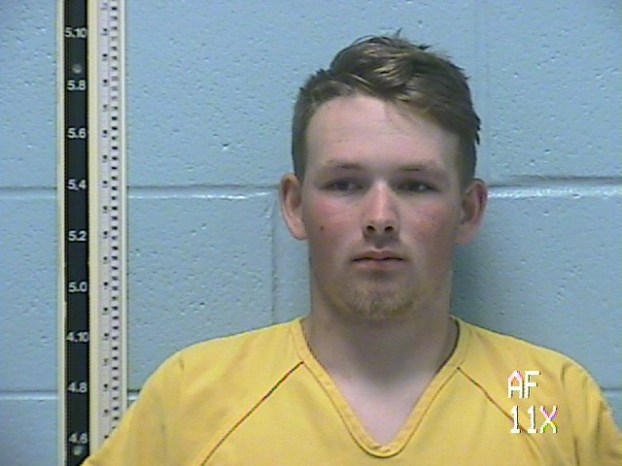 Investigators with the Pearl River County Sheriff’s Department are looking for a teenager who is believed to be involved in a residential burglary that included the grand larceny of a side by side vehicle.
Maj. Marc Ogden said investigators were notified of the theft on Jan. 11, when a resident living on Lawson Taylor Road alerted them that someone had broken into his house the previous night before taking a hand gun, the keys to the side by side vehicle and some cash from the home.
The side by side vehicle, which was parked near the home, was also taken during the incident. Ogden said the subsequent investigation identified two suspects, a 17-year-old male juvenile who has since been taken into custody, and 19-year-old Conner Taylor, who had a last known address of 87 Holliman Cemetery Road, Carriere. Ogden said Taylor is still at large.
After taking the juvenile into custody, investigators were able to recover the side by side in a wooded area near the Dove Ridge subdivision. The handgun and cash have not been recovered.
Ogden said he is asking for the public’s help in locating Taylor and the handgun so investigators can arrest him on a warrant for residential burglary. Additional warrants for his arrest were issued Wednesday afternoon for conspiracy to commit residential burglary, conspiracy to commit grand larceny and directing a juvenile to commit a crime, Ogden said.
Taylor is currently out on bond for a previous arrest back in April of last year after he was determined to allegedly be responsible for shooting two pet hogs on separate occasions while they were in their pen, according to previous coverage.
He was arrested for malicious killing of livestock and given a $5,000 bond, according to previous coverage.
Anyone with information concerning Taylor’s whereabouts or the location of the handgun is urged to call the Mississippi Coast Crime Stoppers at 1-877-787-5898.

Council to apply for funds to purchase turnout gear for firefighters