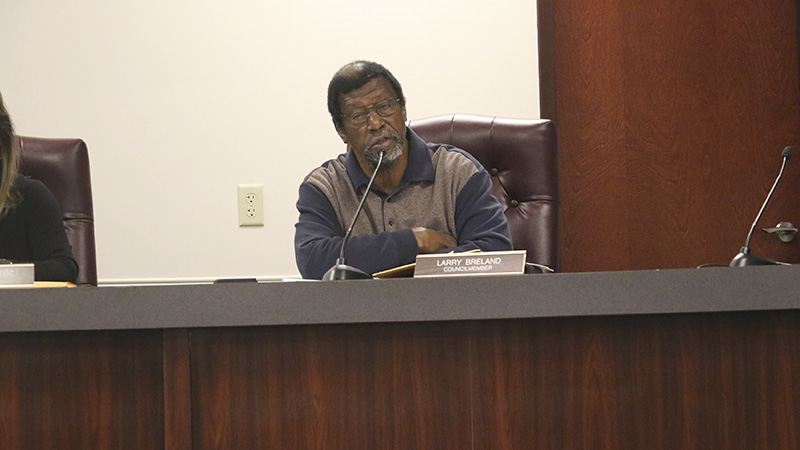 During the Picayune City Council’s first meeting of 2020, Councilors approved a motion to enter into a contact with a company for online court dispute resolutions, appointed a special prosecutor pro-temp and accepted donations of live oaks that will be planted in the city.
Municipal Court Clerk Lisa Albritton said the contact with Court Innovations will provide defendants who are unable to attend their court date with an online method of finding justice. Albritton said the logistics have not been worked out yet, but once a dispute is filed, the company will communicate with the arresting officer, judge and prosecutor. A $10 signup fee will be required, which the company will collect.
Albritton said the service will be beneficial to defendants who may not be able to attend their court date due to a lack of child care or other reasons and is expected to lighten some of the case load.
The Council also approved a motion to appoint a special prosecutor pro-temp. Albritton said the new appointment was required because the city’s current prosecutor is out on medical leave and the current pro-temp prosecutor, Manya Bryan, has a schedule that conflicts with some upcoming court dates. Tara Kellar is the special prosecutor pro-temp appointed on Tuesday.
In other business, the Council accepted the donation of 17 live oaks, which will be planted across the city. Councilor Wayne Gouguet recused himself from the matter because he was involved in collecting the donations, Mayor Ed Pinero said.
Public Works Director Eric Morris said the trees will be planted in areas of the city where existing trees of varying species are dead or dying. Those areas include nine locations between Holly Street and Beech Street. The remaining six trees will be planted in the median along Highway 43 North from the base of the railroad track overpass into the city toward Interstate 59. Those locations also reflect areas where trees are dying, or had been previously removed for the same reason.
During the public concerns portion of the meeting, Billy Ray Causey told the Council that he feels the recent theft of his trailer is not being investigated. He said that when he went to the Police Department to file a report on the theft, he was asked for his identification, which was used to run his record. He said that process made him feel as though he was a criminal. Additionally, he claimed that no officer ever came to his home to investigate the area from which his trailer was stolen.
Pinero assured Causey that the department and its investigators are doing all they can to work the case.
Picayune Police Department Assistant Chief Dustin Moeller said after the meeting that the case is being worked by his detectives and a form of identification is required by anyone filing a report.
The next meeting of the Council will be Jan. 21 at 5 p.m. in City Hall.