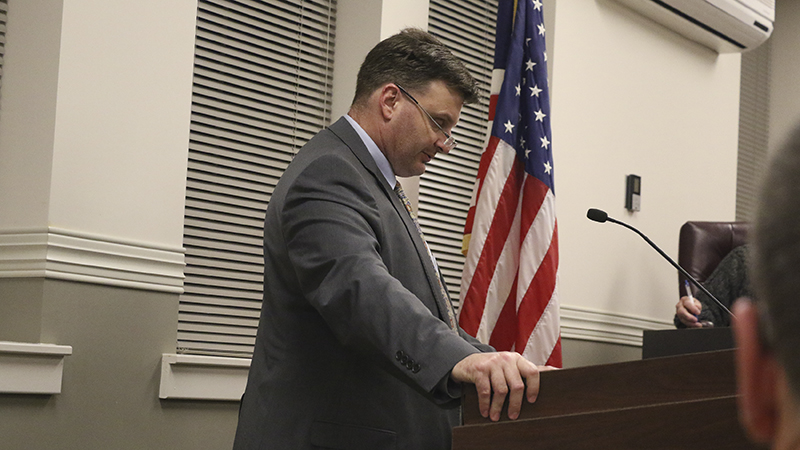 The closing of South Loftin Avenue, which is technically a dead end road but currently allows access to two thoroughfares due to the construction of a fire station more than 10 years ago and therefore allows the city to enjoy a better fire rating, was discussed by the Picayune City Council Tuesday night.

Adding the matter o the agenda was requested by Councilor Lynn Bogan Bumpers. She said she made that request based on concerns lodged by residents along that road and those of firefighters who regularly run in that area.

Since the construction of the Picayune Fire Department’s main station along South Loftin Avenue after Hurricane Katrina, the road was essentially turned into a through traffic road, even though dead end signs remain.

The station was built in such a way to allow access to both Memorial Boulevard and East Canal via South Loftin Avenue to lower fire ratings for residents in the area. Councilor Tammy Valente said the city currently holds a rating of five, but if the road were closed the rating could be changed to a six. The lower a rating a fire department has in a city or fire district, the lower the premiums are for fire insurance. Because it would mean a higher fire rating, Valente said she would be opposed to closing the road.

Bumpers said that residents in the area have complained that since the department was built, they have seen increased traffic, and that includes speeding. Pearl Ducree, a resident in the area, said that a firefighter was almost hit by a vehicle while running along that road. She added that when the new station was proposed, they signed petitions to ensure the road would maintain its “dead end” status.

The proposal to close the road to restrict traffic entailed abandoning a portion of it, and installing an automatic gate. City attorney Nathan Farmer said that the problem with abandoning the road is that once a section of road becomes private property the individual property owner would be responsible to maintain it. Additionally, any automatic gate installed to allow continued access to both Memorial Boulevard and East Canal by the city would have to be constructed on city property, and the land owners from the newly abandoned road would have to grant an easement to the city.

The anticipated cost for that gate, $11,000, was discussed during budget hearings earlier this year, but denied by the Council, said Councilor Larry Breland.

Farmer added that in order to close the road, the city would need to conduct a traffic study and meet other criteria, such as holding a public hearing.

Public Works Director Eric Morris said representatives with the fire department and police department have indicated that the road connecting both of the city’s major thoroughfares has helped improve response times, so if the road was closed an automatic gate would help maintain that.

After discussion of the matter, the Council decided to rescind the initial motion to approve the matter and table it until more information could be gathered.