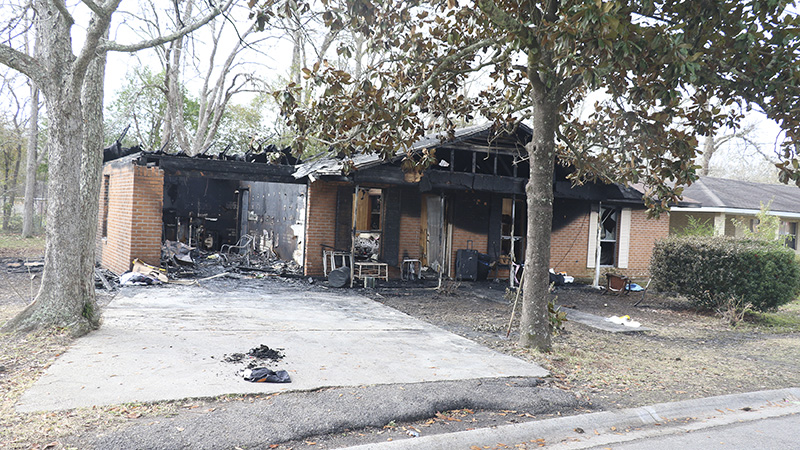 FIRE DAMAGE: This home on Rosa Street suffered major damage from a fire that occurred late on Christmas Eve. No one was injured in the blaze. Photo by Jeremy Pittari

The home of a Picayune family caught fire on Christmas Eve.
Assistant Fire Chief Barry Lee said that responding firefighters were concerned someone was still inside, but a check of the home determined no one was home at the time of the fire.
Picayune Fire Department Fire Marshal Pat Weaver said the firefighters chekced the home for occupants while they were trying to extinguish the flames.
The call about the fire was made at 10:22 p.m. on Tuesday that the home located at 411 Rosa Street was on fire. Weaver said that firefighters responded to find the home fully involved and were able to extinguish the flames by 10:35 p.m. Some personnel remained on scene until 12:26 a.m. to ensure the fire was completely extinguished.
A cause of the fire is still under investigation, but Weaver said that it appears the blaze was confined to the garage and attic.
Since the home is currently not fit for occupation, Weaver said he referred the occupants to the American Red Cross.