City to use donation to remove old signs 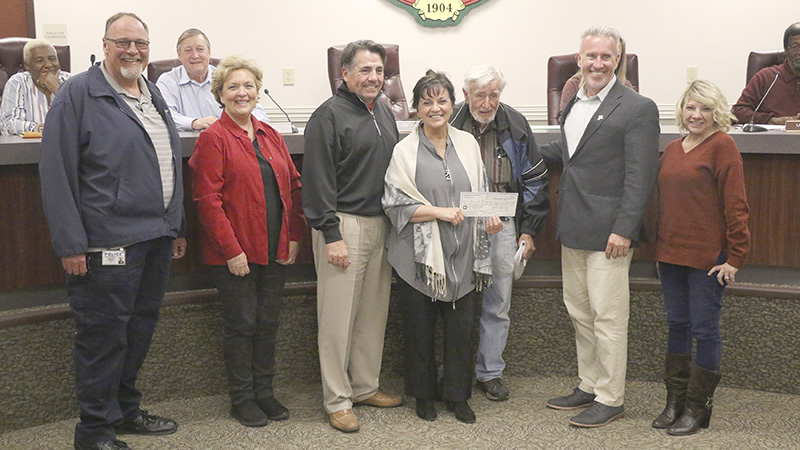 Harvey Miller, who coached the team with several other members of the community, said the local team had to compete against 63 other teams in the six coastal county region during the season.

After presenting the young athletes with certificates from the city commending them for their achievement, the Council tackled city matters.

One of that issues involved removal of old signs across the city. After the Council made a motion to accept a $5,000 donation to the city from Picayune Main Street Inc. to fund removal of a number of abandoned signs, Picayune Code Enforcement Officer Tom Milar told the Council how the funds would be used.

Signs abandoned in the historic district of the city will be the first focus in the project. Milar said he has identified about 20 properties within the city that have abandoned signs. Many of them are nothing more than just metal shells that used to house a business sign. In instances where the metal can be scrapped for extra cash, the Public Works department will do so.

Milar said that most of the signs were abandoned more than 15 years ago, if not longer.

The Council also approved a motion to demolish the pavilion at Friendship Park near Kids Kingdom. Public Works Director Eric Morris said an investigation into why the pavilion was sinking in areas determined that some of the support pilings are rotting. Public access to the pavilion has been closed as a result, and Morris said it would be more cost effective to just tear the aging structure down than try to repair it.

He expects the process to remove the pavilion to take no more than a day and only require three people within his department to provide the labor. While the structure is being demolished, access to Kids Kingdom and surrounding areas of the park will be closed.