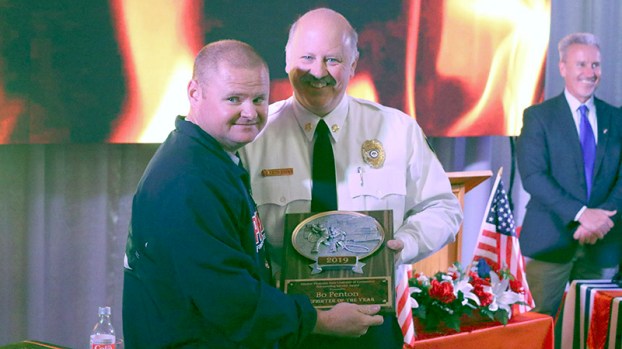 At left, Bo Penton stands with Picayune Fire Chief Keith Brown after being named this year’s Firefighter of the Year for the Picayune Fire Department. Photo by Jeremy Pittari 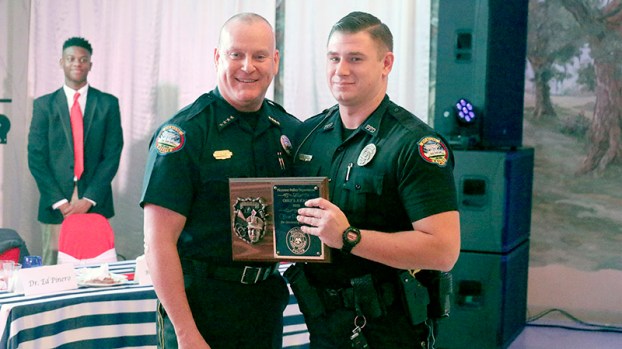 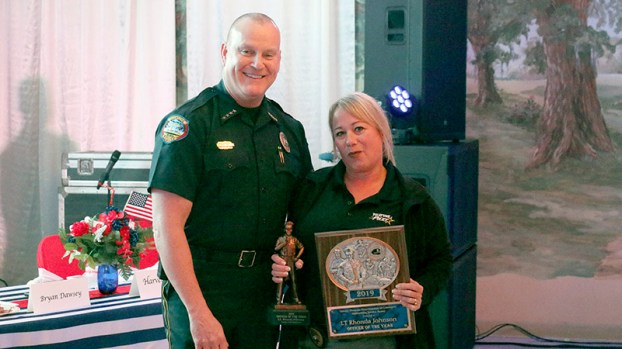 At right, Lt. Rhonda Johnson stands with Police Chief Bryan Dawsey after being named this year’s Police Officer of the Year during the Greater Picayune Area Chamber of Commerce Police and Firefighters Awards Luncheon. Photo by Jeremy Pittari 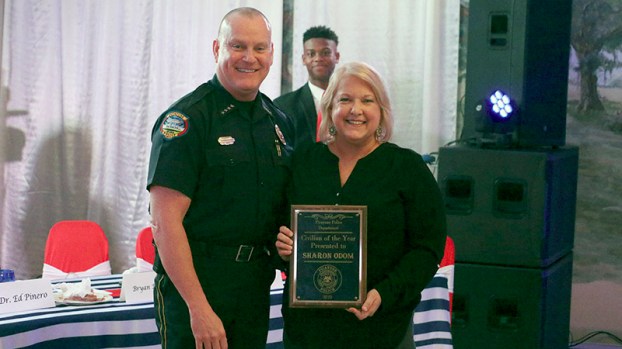 At right, Sharon Odom receives the Civilian of the Year award from Police Chief Bryan Dawsey. Photo by Jeremy Pittari

The dedication and service to community exhibited by Picayune’s police officers and firefighters was recognized Thursday afternoon during the Greater Picayune Area Chamber of Commerce’s Police and Firefighters Awards Luncheon.

Mayor Ed Pinero started the event by recognizing their dedication to the city and saying that during his time with the city, starting from his time as city manager, he’s worked with the Council to provide a 30 percent increase to their pay. He acknowledged that the gradual raises have not been enough.

When it was time to present the awards, Fire Chief Keith Brown took a moment to thank all emergency responders in the city for their hard work and dedication.

“You’re the people that make us look good,” Brown said.

He then announced the Firefighter of the Year, Bo Penton. Brown said that Penton has been with the department for 18 years and holds many certifications, the hardest of which to achieve is that of smoke diver. He described Penton as a man who goes above and beyond in his duties and acts as a mentor for others.

Police Chief Bryan Dawsey then took the podium to announce the recipients of his awards, before which he commended the city’s emergency responders for their hard work.

“It takes a team to police this city and a team of firefighters to protect this city,” Dawsey said.

Next, Dawsey announced this year’s recipient of the Chief’s Award, Daniel Moritz. The chief described Moritz as an officer with high moral character who has been seen out in the community providing assistance when needed, such as helping a citizen change a flat tire or stopping to shoot basketball with some of the youth in the city. Since joining the department in May of last year, he has gone above and beyond to assist his fellow officers, Dawsey said.

The last award of the luncheon was that of Police Officer of the Year, which was presented to Assistant Criminal Investigation Division Commander Lt. Rhonda Johnson. Since joining the department as a dispatcher in 2002, Johnson has served in various capacities, including patrol and as a detective.

“We are convinced she is a crime fighting machine,” Dawsey said.