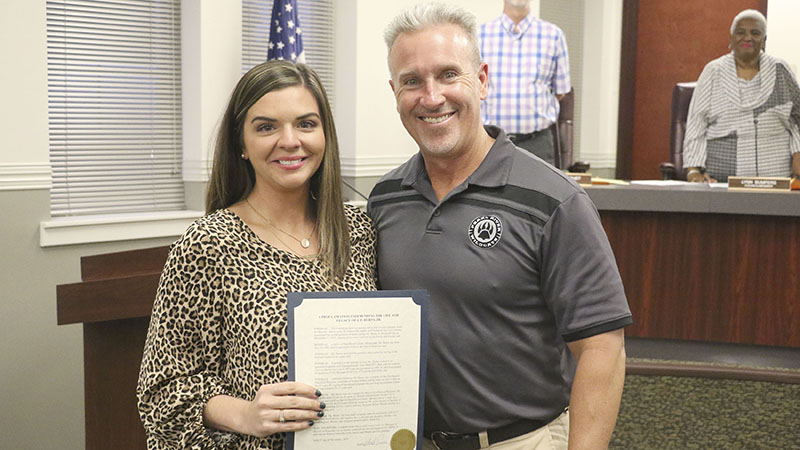 The life and contributions of the late J.P. Burns was commended by the city of Picayune’s Council during Tuesday’s meeting.

A former city manager, member of the National Guard for four decades and ever present figure at most local government meetings, Burns’ memory was recounted during Tuesday’s meeting by several members of the Council and some members of the audience.

Councilor Wayne Gouguet described him as a great person who was heavily involved in many aspects of the community and wasn’t afraid to give an honest opinion when asked.

Councilor Larry Breland said Burns was a very knowledgeable and kind person who will be missed by the city and the community.

Mayor Ed Pinero Jr. then presented his granddaughter Briana Pickett with a proclamation from the Council.

Breland also asked that should the grant be provided, both bathrooms share similar specifications, except for the size of each facility.

The first step will be to design the bathrooms with Council input and then submit the plan to the Lower Pearl River Valley for grant funding.

— Approved the reappointment of Ginger Bean and Curtis Gasper to the Pearl River County Library System’s Board of Trustees.

— Approved a T-hanger lease agreement between David M. Illg and the city of Picayune.