Council approves installation of cameras at parks prone to vandalism 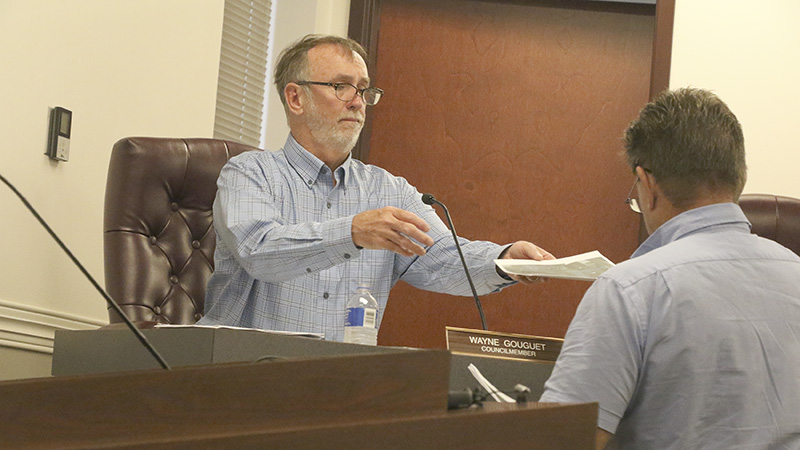 Update (This story has been corrected to reflect that the drainage easement near Orleans Boulevard is in feet, not inches.)

To combat the issues the city is facing with park vandalism, the Council was asked by Public Works Director Eric Morris to enter into an agreement with Mississippi Power to install the surveillance cameras and provide cloud storage for recorded footage at Crosby Commons and Jack Read Park.

The cameras are being installed in response to recent acts of vandalism at the parks. Some repairs to Jack Read Park’s pavilion were recently completed.

Mark Howard, a surveillance specialist with Mississippi Power, said the proposed system will include cloud based storage of the footage and remote viewing of that footage for up to 30 days. Any footage the city wants to preserve can be archived by city personnel. Morris said the cameras appear to be  of high quality and include night vision capabilities.

Morris said he can pay for the contract out of his current budget even though the expense was not included in this fiscal year.

Councilor Larry Breland asked if similar systems are being considered for other parks in the city. Morris said that is being looked into by the city’s administration.

Morris asked the Council to approve drainage work in the area of Orleans Boulevard and Provost Circle. The matter concerned accepting a 15 foot easement on properties in that area in order for the city to install a drainage system that will divert ground water to a subsurface drain. Morris said the issue is compromising the base of the road and causing moisture to remain on affected residential properties.

He estimates the project will require a $1,600 investment from the city for the materials in addition to city manpower hours.

Police Chief Bryan Dawsey asked the Council to enter into a contract with Axon Enterprises Inc. for electronic control devices, commonly referred to as stun guns. He said the contract would be for five years, includes unlimited batteries and cartridges and if a device becomes inoperable the company will replace it. Only four of the Picayune Police Department’s stun guns were purchased within the last three to four years, the rest are more than 10-years-old and at times don’t fire when an officer needs it to. The Council approved the request.

The Council also approved a request from Dawsey to enter into a year contract with LeadsOnline, which provides law enforcement agencies with information concerning transactions at pawnshops and scrap yards.

— Approved a request from Jessie’s Seafood, located at 500 Highway 11 South, for a special use permit to sell beer and light wine. Code Enforcement Officer Tom Milar said the business owner made the request now that the business offers dine-in instead of just carryout.

— Approved awarding the bid of $45,550 from John C. Lee Enterprises to realign Goodyear Boulevard with Bennett Street to make room for a parking lot at the new fire station being constructed at the end of the Boulevard.

— Approved awarding a bid of $44,841 from Twin L Construction to conduct drainage improvements to the area of Cooper Road and Country Club Drive.