(Update 9-11-19) This story has been updated to reflect that Brad Spiers has been located and arrested for commercial burglary.

Investigators with the Pearl River County Sheriff’s Department have arrested a woman in connection with the burglary of an unoccupied home and are looking for her husband.

Chief Deputy Shane Tucker said the case began with a call from the daughter of the deceased homeowner, who noticed a black truck pulling up to her late father’s home Monday evening at 5.

Knowing no one was supposed to be at the home, she called the Sheriff’s Department to report the suspicious activity and gave a description of the vehicle.

Tucker said deputies arrived to the area to see a vehicle matching that description heading north on Highway 11. When the deputy turned around to give chase, the vehicle was seen pulling into the cemetery at First Baptist Church of Carriere before disappearing in a wood line.

Deputies would later find the vehicle, a black Dodge Ram truck, hidden in the woodline with no one inside. However, they did find a number of items in the bed of the truck, including furniture and some miscellaneous items.

As investigators were looking for clues at the home in question, they came across a woman crouched in the carport speaking on her cellphone, Tucker said. The woman, who was identified as 36-year-old Danica Spiers, of 1300 Rock Ranch Rd., was initially taken into custody for a probation violation, with the offense of commercial burglary being added after more evidence was collected.

A check into the vehicle’s registration determined it belongs to 47-year-old Brad Spiers, who is known to be the husband of Danica Spiers, Tucker said. Investigators located and arrested Brad Spiers at 7:30 a.m. Wednesday after receiving a tip from the community. He was taken into custody on a commercial burglary warrant, said Chief Investigator Marc Ogden.

Inventory of the items in the bed of the truck determined that a hot water heater, head board and various household items were allegedly taken from the home, Tucker said. 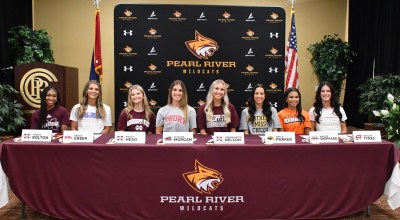 Board of Supervisors approves county budget