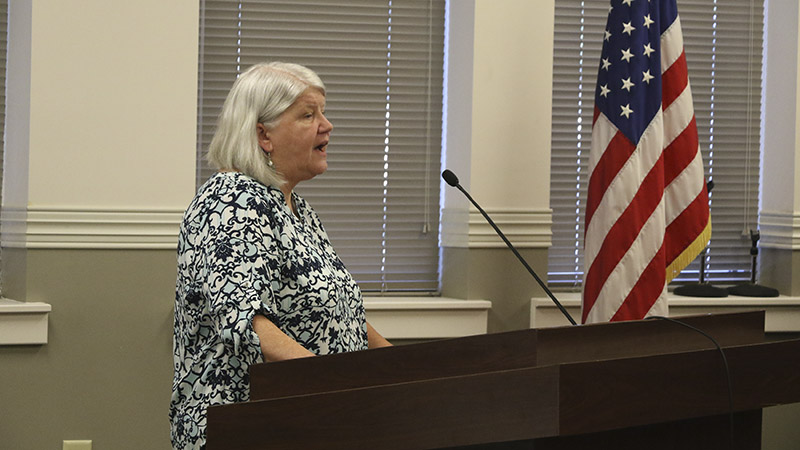 Jonathan Hickman with Dungan Engineering presented the Council with a change order totaling about $80,000 to repair a failing culvert on Stafford Road. He said previous work to pave the street included installation of a plastic culvert, which was compromised when hot asphalt was installed on top without adequate insulation of dirt or some other substance. As a result, he suggested replacing the plastic culvert with a larger reinforced concrete culvert. He said this culvert will be installed deeper and be covered with adequate insulation before asphalt is added to the road. The Council approved the change order.

In relation to the widening of Highway 11, additional work needs to be conducted to relocate water lines. Instead of cutting into the line several times, thereby causing numerous service outages to businesses in that area, he suggested conducting the work during the night so only one outage would be needed. It will require three crews and entail installation of seven 8 inch valves and one 12 inch valve for an additional cost of $39,000.

When asked, Hickman and City Clerk Amber Hinton said that the city is still allegedly under an agreement that any expense above and beyond the previously agreed upon $372,000 expense by the city would be covered 100 percent by the Mississippi Department of Transportation. That agreement was made between the two entities after MDOT requested the city have utilities moved before the end of this year so the state agency can begin its part of the project, which will include installing four lanes along the highway from the intersection of Lakeshore Drive to Cayten Street.

After that request was approved by the Council, City Manager Jim Luke updated the Council about the status of the project. He said that during a recent meeting with MDOT about the $14 million project, several city representatives were provided an update. Luke said it is anticipated the project will take about three years to complete. He added that it will include installation of a sidewalk on the east side of the highway, contrary to the most recent coverage of the project by the Item when Southern Transportation Commission Tom King made a visit to town.

Work by MDOT on the project is anticipated to begin in October, but will not start with paving.

Instead, drainage issues will be addressed first, along with installation of a road bed for the extra lanes.

Hickman said that when MDOT begins paving, it will not mill the existing asphalt, instead the project will add a new asphalt on top of the current layer.

During the meeting, Pearl River County Library System Director Carol Phares informed the Council that she would like to hire an assistant director to help with some of her duties, particularly the formation of a strategic plan. Her current duties have prevented her from creating that plan.

Additionally, she said that for every $8 provided by the city, the public receives about $16 in value from items checked out from the library. No action was taken on her presentation.

Also during the meeting, Juanita Gex with the Daughters of the American Revolution asked the Council to accept a proclamation declaring the week of Sept. 17 to 23 as Constitution Week since Sept. 17 is the 232nd anniversary. The Council approved that request.