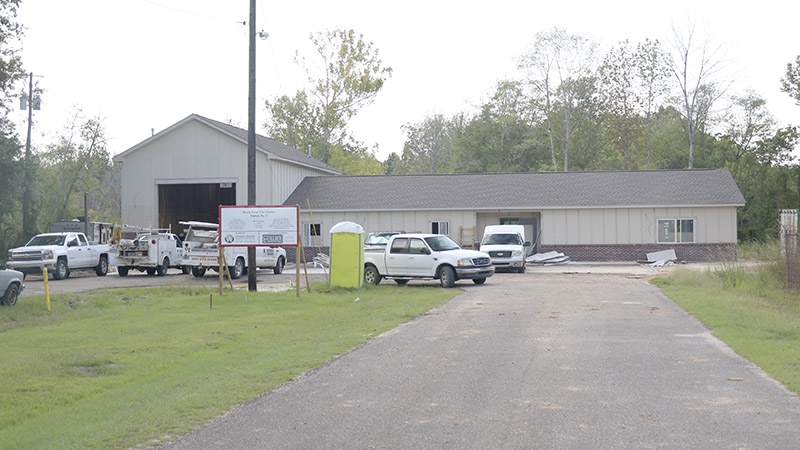 DIVERTED ROAD: Near where the new fire station in Picayune is being built at the end of Goodyear Boulevard, the road needs to be diverted to make room for a parking lot at the station. Creating that diversion will ensure residents living along Bennett Street will still have access to their homes. Photo by Jeremy Pittari

As part of a $5.7 million bond, the city of Picayune is preparing to repair a number of roads in the city.

The first part of that project will entail diverting part of Goodyear Boulevard where it meets Bennett Street near where the new fire station is being built. Jonathan Hickman with Dungan Engineering said the need for the diversion is to ensure traffic heading to Bennett Street does not cross into the parking lot of the new fire station. With engineering costs, Hickman estimates that project to total $57,000. Funding for the project will come out of the bond.

Fire Chief Keith Brown said the footprint of the station had to be moved closer to where Goodyear Boulevard ends due to the land where it is being built including flood plains. Moving the building closer to the boulevard created the need for the road to be diverted to make room for parking at the new station.

The Council approved a motion to receive quotes for the work. During discussion of the matter, members of the Council asked if they would have any input as to what streets are involved in the rest of the paving project. Councilor Wayne Gouguet expressed concern that since this bond is only for about $5 million, less roads will be repaired as compared to the last bond from 10 years ago, which totaled more than $8 million.

That, combined with the fact that the price of roadwork has increased, and Memorial Boulevard still needs repairs, means a lot less roads will be fixed this time around, he said.

Hickman said that each Councilor will have an opportunity to tour the city with the city manager and an engineer to identify areas that need the most attention.